Monday I had some problems with my blood sugar so I went home early from work. After some rest I got to feeling normal and around 3:30pm I decided to go out and check the local haunts to see what birds where hanging around. I started by driving down by Black Dog Lake. The lake itself was pretty quiet but in the fields between the lake and river I spotted a red-tailed hawk perched looking for prey. As I slowed down the car to take a picture he took off. 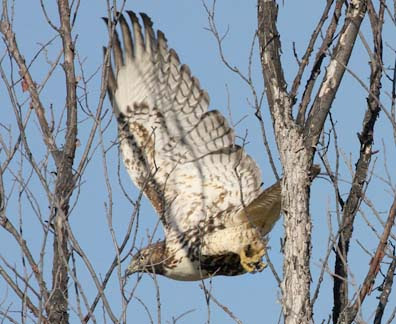 He was circling on the thermals over head, gaining altitude, so I decided to get a flight shot. 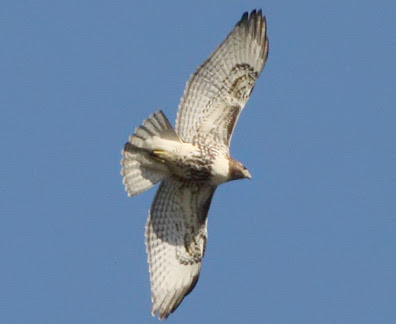 While I was shooting pictures of the red-tail in flight another shape passed by over head, a bit lower but close to the hawk. This was an immature eagle. 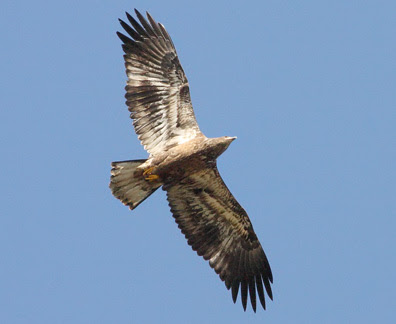 Next I went down to the ponds across the street from the lake, which are a part of Fort Snelling State Park. Besides for Canadian geese and mallards there were quite a few wigeons in the first pond that I came to. 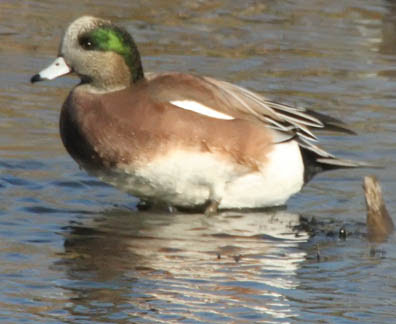 There was also a couple of northern shovelers mixed in with the wigeons and mallards. 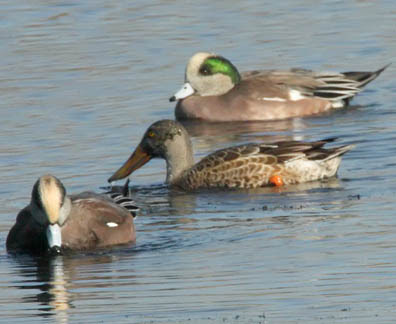 At the second pond that I visited I saw wigeons, mallards and gadwalls. 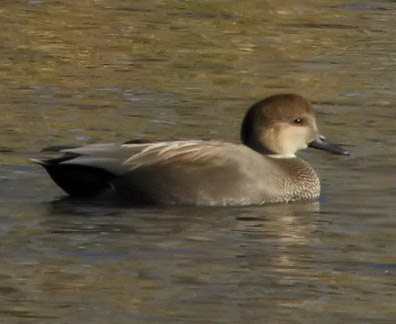 I didn't have a lot of time, and I wanted to check the other side of the river, so I left the park and headed towards the Cedar Avenue Bridge. Right before I got to Highway 13 I saw a flock of birds in the small trees lining the property of an industrial strip mall. So I pulled into the parking lot to check them out and found that they were cedar waxwings. 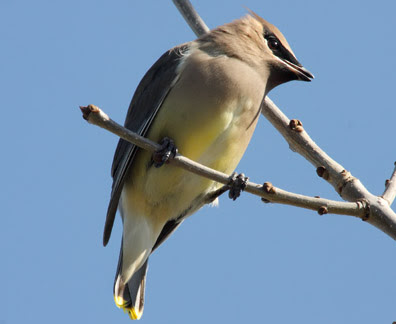 I got pretty close to the waxwings and was able to get some pretty nice shots. I even got a few of them eating berries off some of the trees. I will save some of them for this winter when we will all appreciate the sight of a good looking bird, like a waxwing a lot more.
Posted by Ecobirder at 9:42 PM