Saturday the 3rd of November was the start to deer hunting season here in Minnesota. I was up in two harbors that day taking pictures of the Inca dove and I decided to do some birding afterwards. I try to be very careful about birding during hunting season because people with guns can be very dangerous. There is already one hunter who was shot and killed in Minnesota, on the opener, and he was prolly wearing bright orange, which I never do because my wife would not allow any bright orange clothing to enter our house. I decided to bird at Lighthouse Point. I figured that it would prolly be the safest place, since hunting is not allowed and it is pretty much inside the town of Two Harbors. I was not the only one who thought that it would be a safe place. I saw quite a few white-tailed deer in and around the park. 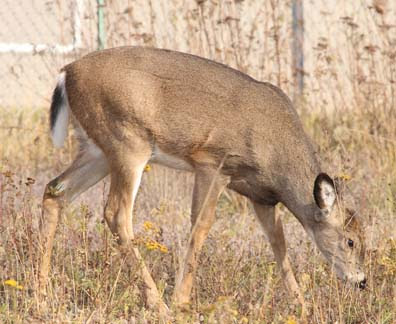 There were so many around that you could almost trip over them. I almost did trip over this one. 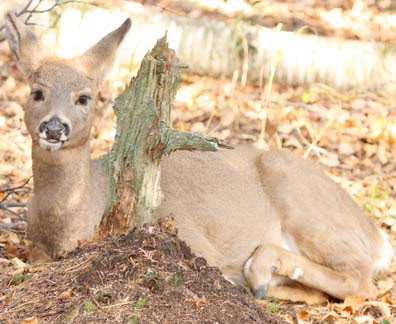 The not so smart ones, mostly the males go figure, where outside of town. Good thing for this buck that I only hunt with a camera. Now I don't look anything like a deer but I am still afraid to go roaming around the woods birding during deer season.
Posted by Ecobirder at 4:28 PM