Cedar Waxwing at the Bass Ponds

After checking out Black Dog lake on Monday I went across the river to check out the Old Cedar Avenue Bridge/Bass Ponds area. Things were pretty quiet. I did find a lonely gold finch out on a snag. 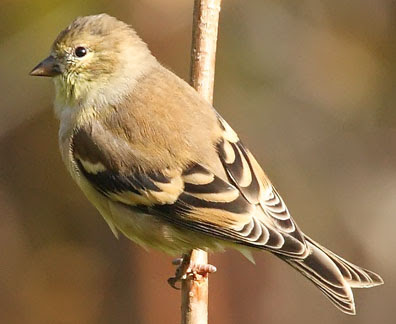 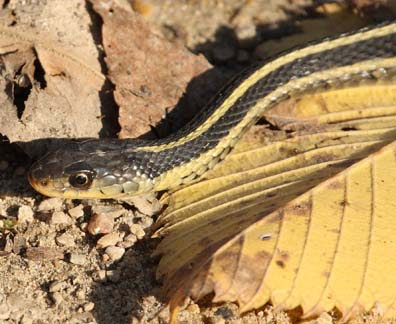 This was not too far from where I found a red-bellied snake earlier in the summer.
I continued on around the ponds. Down on the river there where a lot of ducks, coots and geese but they were too far to get a good shot. On the first pond there were also some geese I decided that I would go try and photograph them since there was not much else going around but as I rounded the path just before the first pond I saw several birds. They were in the bushes and trees so I could not Identify them at first but I followed them around the path. Fortunately they stopped at a bush that was full of blue berries. As the ate I could see that this was another small flock of cedar waxwings. 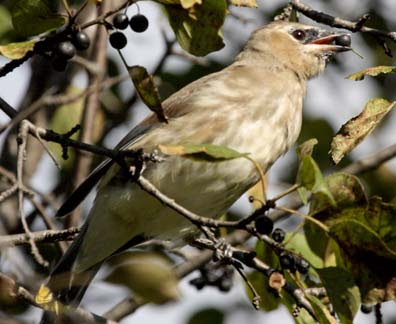 While I was taking pictures I heard voices coming up the path. I frequently get annoyed because my shots get spoiled by hikers, fishermen, cyclists or people walking their dogs coming through. As they rounded the corner I could see that one of the women had on a pair of binoculars. I thought that I got lucky and that these where other birders coming up the trail. They saw me taking pictures and stopped on the trail. I thought that they would prolly want to see what I was looking at. I was wrong. They sat on the path in front of the bush that the waxwings were in and continued their conversation at the same volume that they where using when I heard them a ways down the path. 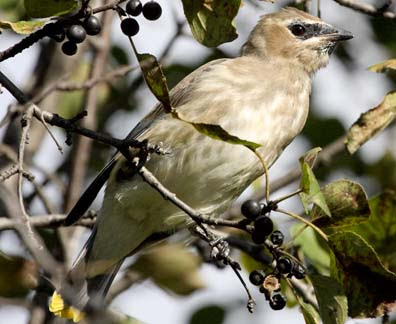 It did not take long for the last waxwing to leave. I like to see people out enjoying parks and nature. It gives me hope that if enough people enjoy them then perhaps we will have enough help to save them, but I really wish that some people where a bit more considerate.
Posted by Ecobirder at 9:48 PM