The Beginning of February at the Minnesota Valley NWR

February began with a nice sunny day. I stopped off at the Minnesota Valley NWR Visitors Center after work I was hoping to spot the sharp-shinned hawk that has been hanging around but he did not show up while I was there. I did take the opportunity to photograph some of the feeder birds though. The peanuts in this hanging feeder where very popular. 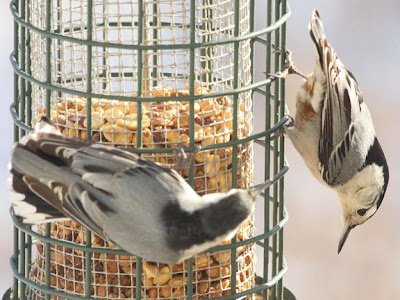 First the white-breasted nuthatch were fighting over them. 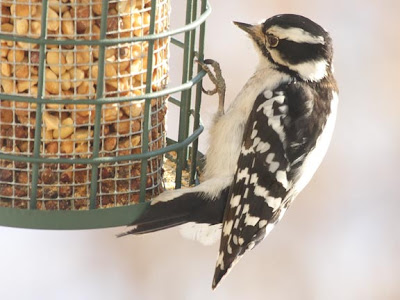 Then a downy woodpecker came in for his share. 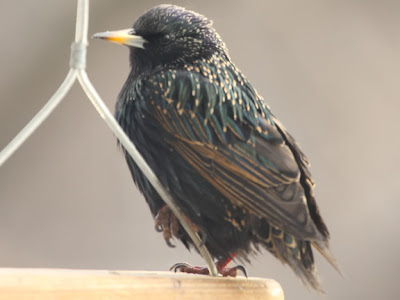 The European starlings alternated between the peanuts and the suet feeders. Birds seem to naturally know when bad weather is coming. Right before hand you can usually find them gorging on protein and fat. 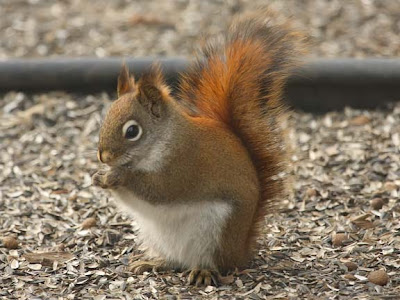 The birds were not the only ones out grabbing a meal while the sun was still shining. This little red squirrel was pigging out on seeds that had fallen to the ground. 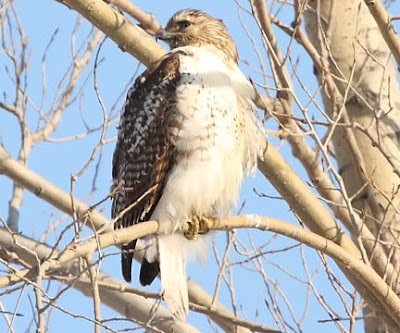 It was a good thing for the squirrel that he was on the back side of the visitors center because when I left I found a red-tailed hawk perched out front. That red squirrel would not be very much of a meal for a hungry red tail but during the winter you have to take what you can get if you want to survive.
Posted by Ecobirder at 9:21 PM

My backyard feeders were very popular yesterday before the wind started howling and the temps dropped. I wonder what changes they detect before the weather gets nasty.

Obviously they are a higher life form then we are. If we could figure out what they know then maybe the weatherman might actually be correct for once.