I had hoped to blog from the Sax Zim Birding Festival that I attended this weekend but unfortunately I did not have Internet access at the hotel, which I stayed at. I did take a lot of shots of some great winter birds that I will be posting about shortly. I need to get them all down loaded first so while you wait here is a picture that I took at Black Dog Lake back on the 9th.
It was very cold and pretty quiet that Saturday I did find a common merganser female in the icy water. 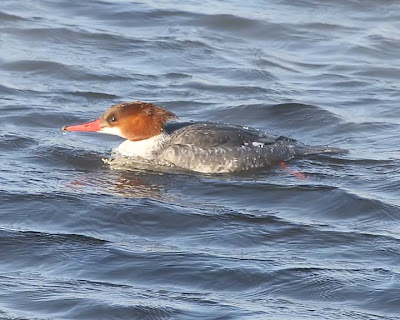 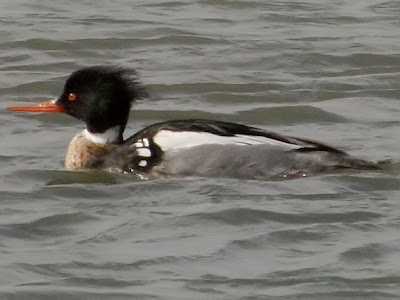 We also found a female bufflehead in the harbor at Moss Landing. I have photographed bufflehead in Ca, Two Harbors, MN and the Bosque Del Apache in New Mexico. 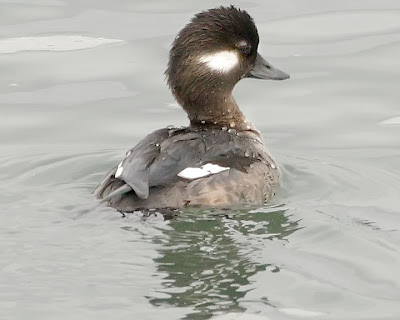 When we on our whale watch looking for gray whales, I have already photographed humpbacks and orcas, we came across this common murre. 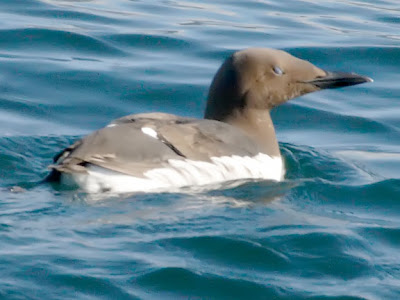 The common murre is a bird that we do not see in Minnesota. It spends most of its life in the sea and usually leaves the water only to breed on islands or rocky shorelines.
Posted by Ecobirder at 5:44 PM

It all looks and sounds good.
I do invite all birders I find on the internet to visit the Ivory-billed Woodpecker Foundation's Update Blog, just in case they are interested: ibwfound.blogspot.com