A Visit to the National Eagle Center

While on my way down to Cochrane, WI for the golden eagle field trip I stopped off at the National Eagle Center in Wabasha, MN. The last time that I had been at the NEC they were still working with the new golden eagle so he was not yet available for view by the public. That was about a month ago, now Don is out with the 3 resident bald eagles acting as an ambassabor for his species. 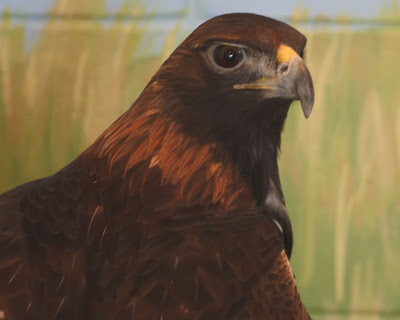 All of the birds at the center are birds that were injured and rehabilitated but could not be returned to the wild. Now they help the center to educate people on eagles and on environmental issues that might affect these marvelous birds. 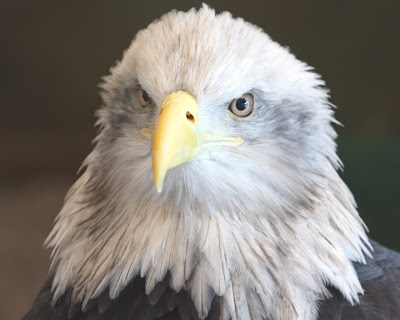 Columbia, above, is the youngest of the bald eagles at the center. She came to the center shortly after the Columbia shuttle disaster and got her name in honor of the Columbia crew. 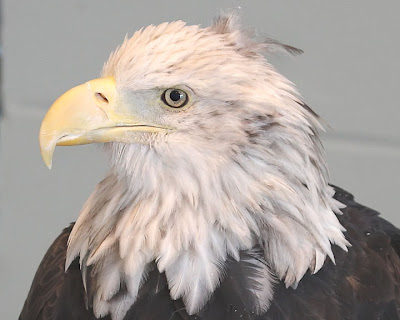 Harriet has been with the center the longest. She is tried and true and very used to being around people. She has done programs all around the country, has appeared on the Colbert Report, and modeled for a special Minnesota Veteran's license plate. 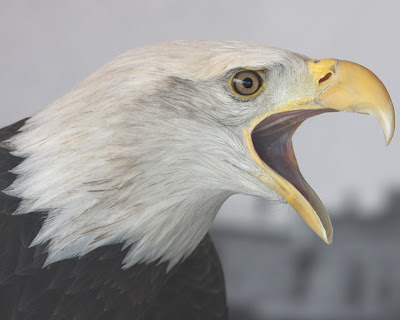 On this Sunday one of the center volunteers had Angel on a glove out in the lobby. I think of Angel as the wild child of the bunch. She always appears to me to have a little more attitude and is often more vocal then Harriet or Columbia. 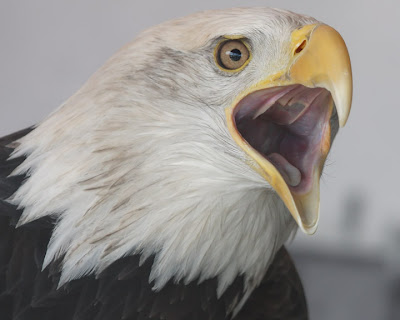 While I was there she spotted several wild bald eagles flying out over the river in front of the center and she was very insistent about letting them, as well as all of us, know that she wanted to go out and play. If you ever are around Wabasha, MN I definitely recommend a visit to the National Eagle Center.
Posted by Ecobirder at 5:17 AM

I have heard of the place and now I want to visit the National Eagle Center! Thanks for the report on this great place!

Even though I live in Rochester, I have never taken the trip over to Wabasha to visit the new Eagle Center. I think I know where I'll be visiting next Saturday.....

I would certainly recommend a visit to the National Eagle Center at any time but this is probably the best time of the year, because right now there are a lot of wild eagles down on the river in southern Minnesota. The NEC also has their Soar With The Eagles Event coming up on March 7th-9th. For more info check out their website http://www.nationaleaglecenter.org/soarWithTheEagles.htm

I have a cool barred owl pic that I just took recently, I'd like to send it to how. How?