Today was a pretty nice day, at least as far as late February days in Minnesota go. The sun was shinning, the snow was melting and the temps probably got up close to 40 degrees. It felt good and made me think of the warmer days to come when there are plenty of things for me to go out and photograph with out having to travel half way across the state. 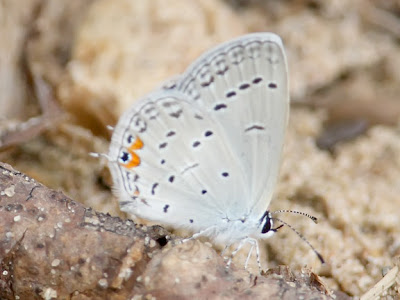 Things such as warblers, flycatchers, dragonflies and butterflies. Like this eastern tailed-blue that I photographed at the Carpenter Nature Center back on August 17th 2008. 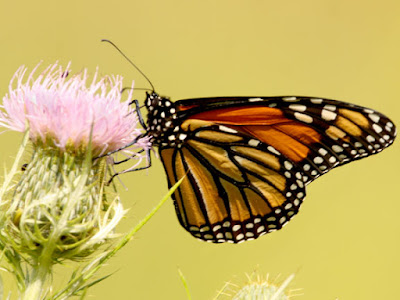 Carpenter has some real nice fields which are full of natural plants and grasses as well as wild flowers. 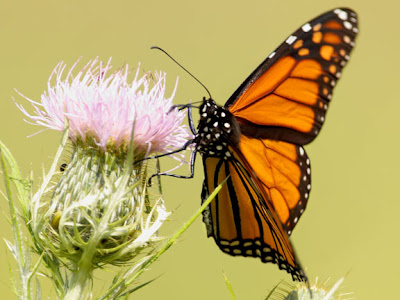 Blooms, like the one on this thistle plant are very attractive to bees and butterflies who are looking for pollen, nectar, or both. 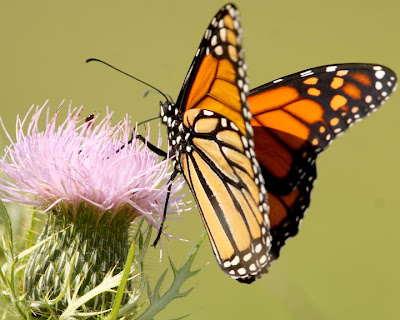 The monarch butterfly is most often associated with the milkweed plant. This is because milkweed is the host plant for the larval or caterpillar form of the monarch. The host plant is the plant, or plants, that the larva eats. The monarch caterpillar eats the milk weed, which is toxic, and thus becomes toxic itself which helps to discourage predators. 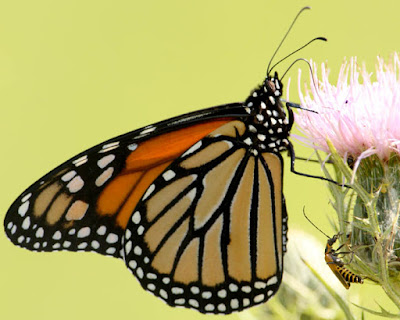 Even though the monarch caterpillars host plant is milkweed the monarch butterfly drinks nectar from many different types of blooming flowers. Eventually it will return to the milkweed where it will lay its eggs on the underside of the milkweed leaves.
Posted by Ecobirder at 9:12 PM

nice macros. great site. I'm a nature sharer, too. I blog about nature in urban areas to encourage urbanites to enjoy the outdoors adn take care of the environment.

Butterflies are something we will have to work on doing more of. Thanks for the photos Jeff.

So very pretty - love the springy feel of these butterflies, which I call flutterbies - it seems more appropriate!

These are some very good shots. Very pretty. Helen