For those of you who are like me, and really miss seeing butterflies around, here are a few pics that I took while I was at the shorebird workshop that I took back in August (8-8-08) in South Dakota . 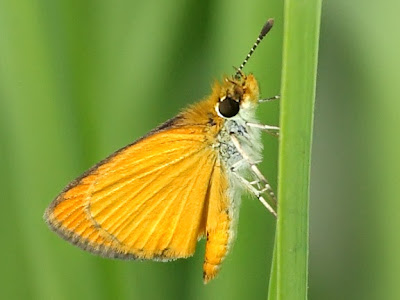 This first picture is an example of a least skipper. You can identify the least skipper by the unmarked hind wing as well as the black and white antennae. This looks like it is a male because it has a thin pointed abdomen. Females have a shorter abdomen. 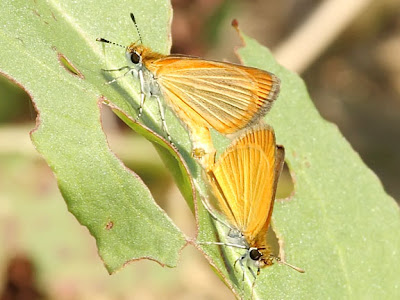 Typically there are two broods of least skippers during the summer. The first brood is from the middle of June to the middle of July. The second is late July to late August. In the picture above the skippers are reproducing. Since this pic was taken in early August their offspring would be a part of the second brood. 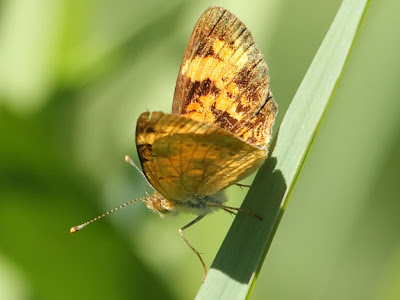 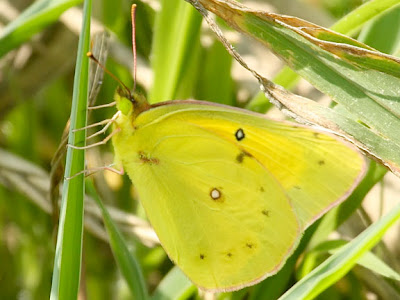 The clouded sulphur is another common butterfly. Since they over winter in their chrysalis they have a very long season. You can see clouded sulphurs from May up into November. 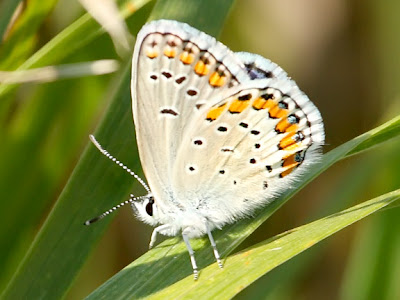 When I first found this butterfly I was surprised and confused. It looked very much like it was an endangered Karner blue butterfly, which are not typically found as far west as South Dakota. 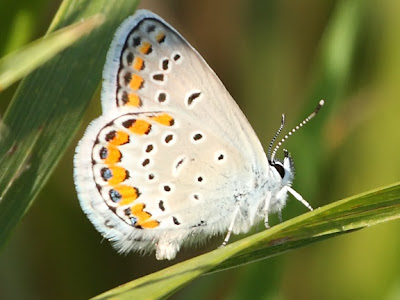 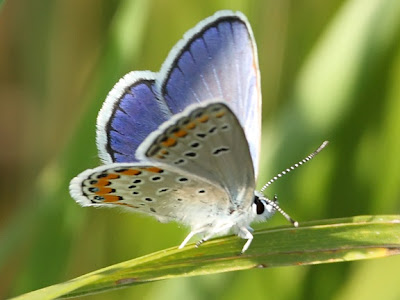 Those are beautiful. You got some great shots of them. Helen

Stunning...I guess these species are not available in India...

Woow...A wonderful serie of pictures. I love the two last ones. This butterfly is wonderful, very colorful...