If you have been following the blog as of late you probably are aware that I have been in the process lately of scanning film photos that Michelle and I took on our Hawaii trip in 2002. So I decided to include one of the places that we visited that we really thought was cool. 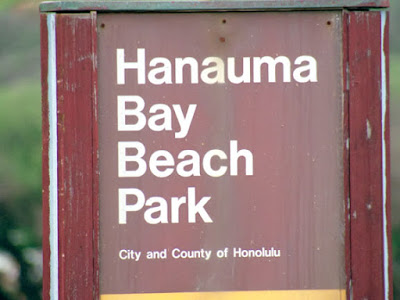 When we were on Oahu for part of our vacation we stayed in Honolulu. We did not care much for Honolulu, it was just not our cup of tea, and were not very happy with the Oahu part of our vacation until we took a trip to the northern part of the island and happened upon Hanauma Bay on the way. 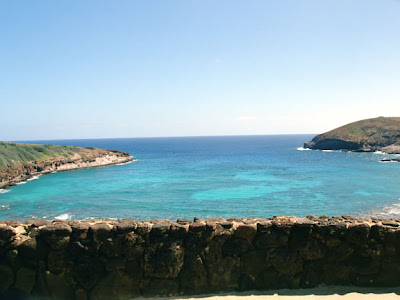 Hanauma Bay is like a scene from a movie. As we looked down at it from the Kalaniana'ole Highway we could hardly believe that it was real. The bay was formed 32000 years ago when a volcanic vent opened up under the ocean on the south east side of Oahu. The vent formed a crater and eventually the ocean side of the crated eroded away allowing the ocean to spill in. 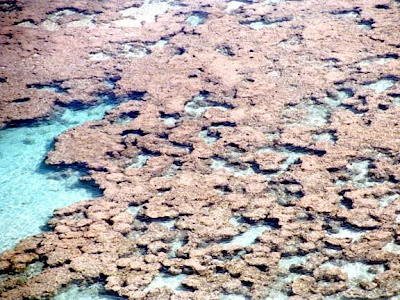 The crater is filled with old coral reefs. This makes it a great home for a variety of underwater wild life and because the bay is protected from most of the ocean currents a great place for people to go snorkeling and diving. 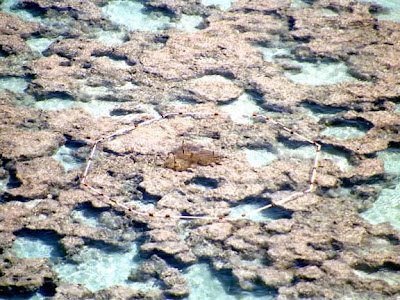 Most of the reef is made up of dead coral but there is some that is alive and Hanauma Bay is a nature preserve an effort is made to help preserve natural life. So areas with living coral are off limit to visitors. 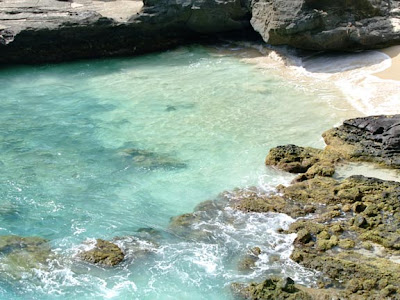 Since we already had plans to drive around the whole island we did not stop that day except to take a couple of pics. Later that week we had tours that were scheduled so we did not get to explore the bay until the day that we had to fly out. Since we needed to be on a plane later that evening, it was a red eye flight, I decided that it would not be wise to get all wet snorkeling so instead I just played around in the tide pools. 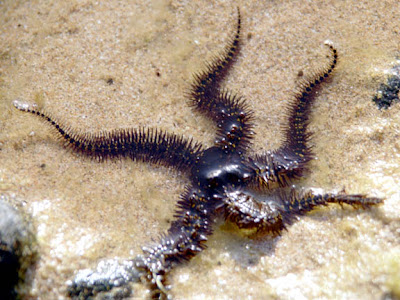 There were all sorts of cool things in the tide pools like this star fish type of creature. 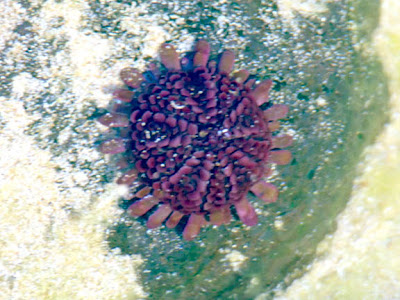 Attached to many of the rocks and coral there were different type of anemones and urchins. 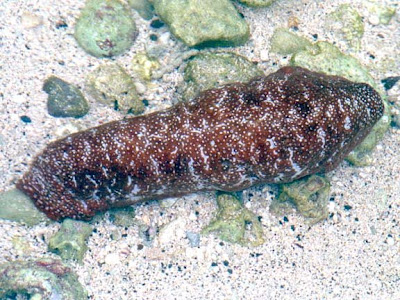 There were also things that I could not identify. If we ever get a chance to visit Hawaii again I definitely plan to spend more time on the big island and more time at Hanauma Bay.

Posted by Ecobirder at 5:20 PM

Wow. That's a whole other world!

Awesome place! You really know how to choose places to visit. The colour of the water is something else.

I was there, I think 2 years ago, and I loved Hanauma Bay as well. Nice capture of the corals and the sea creatures. The last photo looks like a sea cucumber, is it?

Wow! Great photos! I will never be able to go there so I'll just enjoy it through your pictures:-)

I've only been to Hawaii once and we were at Honolulu. It was just like being in a city until we drove up the coast to the Polynesian Cultural Center. Beautiful, beautiful, beautiful. I didn't get to do much exploring. Would like to go back one day and see places like this that you photographed. Awesome!

What a wonderful surprise! The bottom creature looks like a sea slug I saw on an old Walt Disney documentary about ocean life.