After travelling to Alaska in the summer of 2001 I thought that it would be cool to follow the humpback whales, that spend the summer up in the waters around Alaska, to Hawaii that winter. So I gave my wife Michelle tickets for Christmas that year, she had always wanted to go to Hawaii. 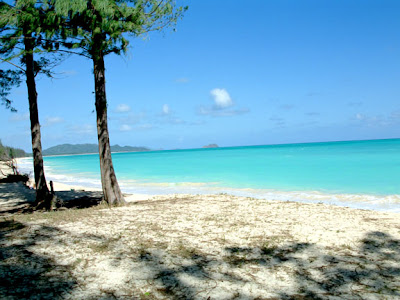 While in Hawaii we did not get the great looks at humpbacks that we did in Alaska, they where a lot further away in Hawaii, but we did find a lot of really cool things to photograph. 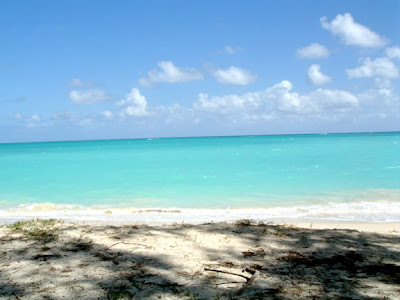 Most of the pics that we took were scenery pics. Like these pics of a beach on the north shore of Oahu. Back then I was shooting on film so I have been spending some time scanning in pics before they degrade too much.

Well, the colors are beautiful. I can't believe the change in hue from sky to water with silver sand and fluffy white clouds to boot!

The sky is lovely but it's the colour of the water that catches my eyes. I've never been to Hawaii.

Wonderful! I was in Hawaii in December and saw the whales but as you say, not that close. I would love to go up to Alask if you can get closer. How exciting that would be. Loved your photos. Thank you.

Paradise for everyone. Lovely photos.

Absolutly beautiful pictures for a SWF!Great shot!Have a nice weekend!

These are very beautiful photos. I just love the colour of the sea they belong in a travel magazine.

I like the second shot more than the first. Reminds me of my Karwar shoot.

OH MY!! So beautiful, so perfect!... the color of the water is incredible.
Excellent photos!
Mountain Retreat

If only I could. Idyllic.

hmmm. winter inhawaii and summer in alaska... you really get the best of bost world. lucky you.

Oh I so want to be there. Love it.
Smiles B

It sounds like a wonderful winter get-away! Beautiful ocean photos!

Aaaa, beautiful. Now I know where to go when I just can`t stand the smow anymore (and that is soon, haha).

Hawaii offers picture perfect scenes and you've take some perfect pictures of it.

What a sweet gift for your wife!

I think the colors of your water and sky here are my favorites...just beautiful!

Hawaii is on my bucket list. Can't say I have a burning interest in visiting Alaska, though - too cold for me!

I've been enjoying the slide show in your side bar - :)

Super photos. So crisp and clear. I like the inclusion of the shaddow in the foreground of the bottom pic.

I also love the series of photos above. This toad shots are great!

the marriage of all those colors is food for my soul!

very lovely island shots...love the colors...
have a wonderful weekend.