This weeks flower selections were taken at Necedah National Wildlife Refuge in south central Wisconsin back in early June of 2008. 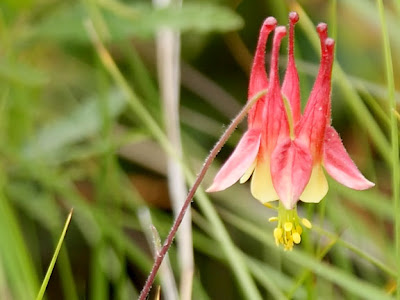 I believe that this first image is a photo of red columbine, also sometimes called wild columbine. It is a perennial that is native to Wisconsin and Minnesota. It can usually be found in rocky woods and blooms in the spring. 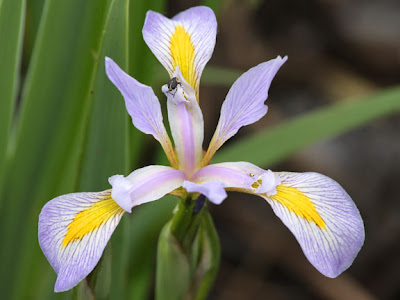 This second flower was a little bit more difficult to identify. I believe that it is some form of Iris Virginica. From looking around on the Internet it appears that there are different forms of the Iris Virginica, most of which look alike, depending on what part of the country that you find it. It is most likely the L.Var.Shrevei(small)E.S. Anderson variety which is pretty common through out most of Wisconsin according to the Robert W. Freckmann Herbarium, which publishes the book Wildflowers of Wisconsin and the Upper Midwest. This flower is sometimes also referred to as the blue flag, Shreve's Iris, or the Virginia Iris. 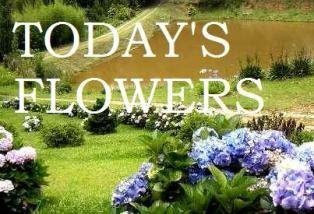 Beautiful, the second one is some sort of Iris for sure.

I agree on the Iris! Quite common where I live, I believe. The first I have only seen - never learned the navme of it. But - they are beautiful both!

I have never seen that colour of columbine before, its a very pretty colour and yes the second one is an iris.

I love that columbine, I've never seen like this one before too. I like the way it hangs upside down, seems rare.