Another warbler that we often see during the summer here in southern Minnesota is the American redstart. The American redstart is easily recognized by its orange and black wings and tail, which it frequently flashes to help flush insects. 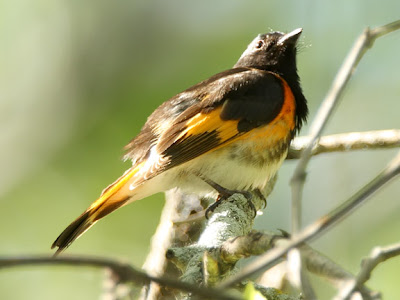 In June I found several redstarts nesting by the Old Cedar Avenue Bridge in the Minnesota Valley NWR. The female redstarts are less colorful then the males which makes them a bit harder to find. This female was carrying feathers probably for nesting material. 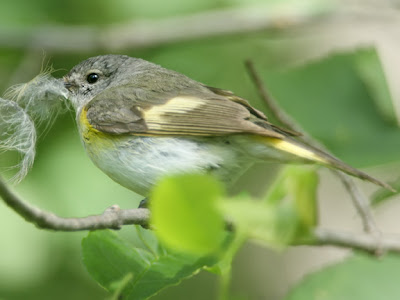 The nest is cup shaped and usually made of grass, bark,leaves, sticks, moss, feathers, and spider webs. The nest is fitted between the branches of a tree or large bush located in a wet deciduous forest with plenty of bushes for hunting insects. 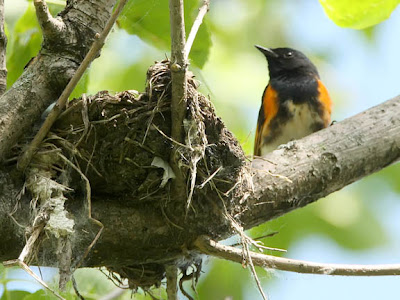 During the winter these birds migrate south, most ending up in southern Mexico or South America, although there is a small percentage that will winter in southern California or Florida

Posted by Ecobirder at 4:25 PM

This was nice to see the nest - attractive birds!

Awesome! I saw one of these birds once...and had no idea what it was. A male visited my feeders briefly early this spring and I never saw it again. Good to know what a female looks like! Thanks for the great pictures!