Once we had returned from Yellowstone most of the spring migration was over. Most of the colorful birds that I had enjoyed almost daily for several weeks had moved on to the north. 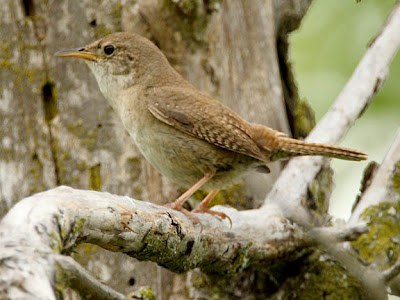 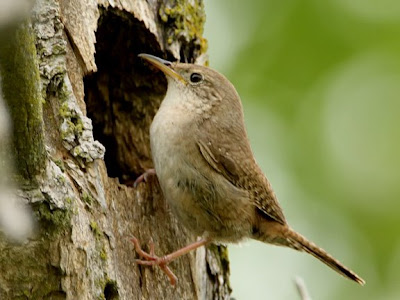 For instance I came across this house wren working on a nest inside this tree cavity at the Dodge Nature Center on June 9th. 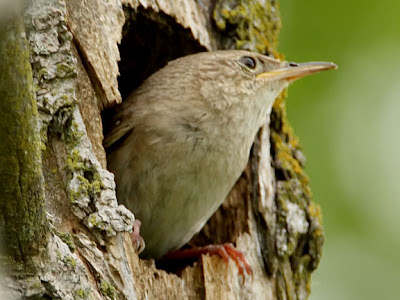 I first noticed it when it was out on one of the side branches of the tree singing in hopes of attracting a mate and to claim its territory. Since it was alone I am guessing that it is a male. Unlike the spotted sandpiper in the last post, the male house wren arrives in the breeding territory first. He then finds a suitable cavity and begins to fill it with sticks for nest building. 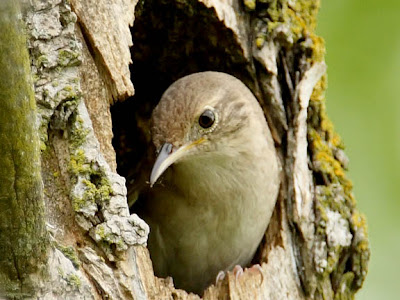 When he finds a female she will put the nest together and line it. House wrens also frequently nest in nesting boxes and have been known to puncture the eggs of other species of birds that they find in boxes. This behavior has helped them to increase their numbers across much of their range which stretches from Canada down to the tip of South America, depending upon the season.
Posted by Ecobirder at 2:23 PM