One of the dragonflies that I saw a lot of back in mid June was the common whitetail. 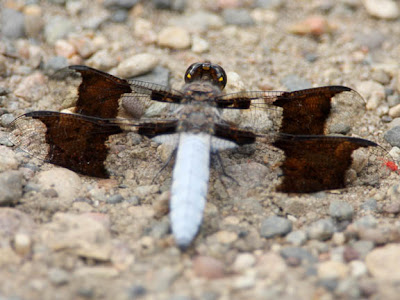 As you can see by many of the pictures in this post the common whitetail prefers to perch low to or on the ground. 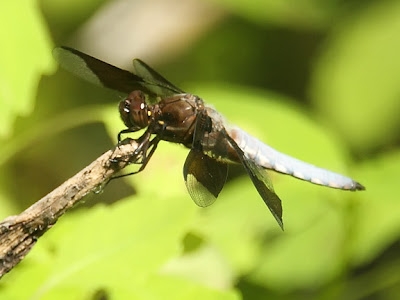 Males have a white abdomen which they flash to intimidate other males while protecting their territory. 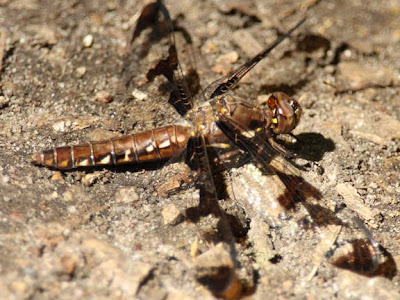 The females are usually brown with yellow spots on the sides of her abdomen. The females also have three black patches on each of their wings. The female will typically mate with a male who's territory she would like to lay eggs in, although if the male does not keep a close eye on his territory another male may sneak in and mate with a female in his territory, even one that he has already mated with. It is the last male to mate with the female that will father the eggs. 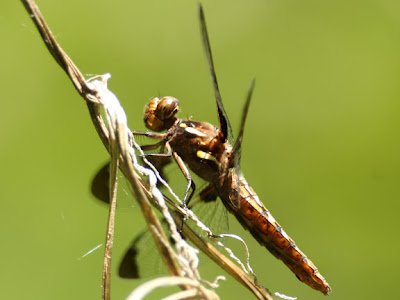 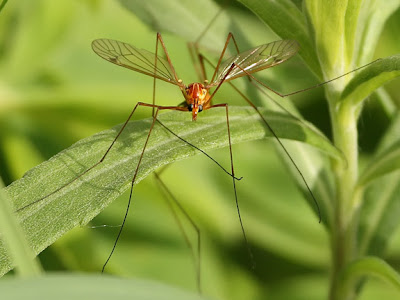 Another interesting bug that I found was a crane fly. Crane flies appear to look like large mosquitoes, or normal size ones if you live in Minnesota, but they are not. They do not sting and do not drink blood. In fact the adult crane fly does not feed at all. They spend a large part of their lives as larvae where they can often be found under layers dead wet leaves feeding on decomposing vegetation and plant roots. During the summer they begin to emerge as adults with the mission to reproduce.
Posted by Ecobirder at 7:09 PM

I have to admit - I am now paying more attention to the dragonflies around me after seeing your photos.