Scavenging is an important way of life in Yellowstone, especially in the spring time. During the long Yellowstone winter those animals that are weak or sick often succumb to the weather and die. The carcass, which is preserved by the cold temperature, becomes a food source for predators and scavengers after the snows melt and the land begins to thaw. Some scavengers come with claws, like wolves, coyote, weasels, and bears, while others come with wings. 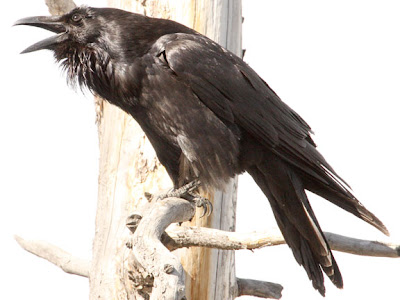 One of the most numerous winged scavengers that we saw was the common raven. Even though the raven is the largest passerine in North America its high intelligence have allowed it to adapt and thrive in areas populated by man. 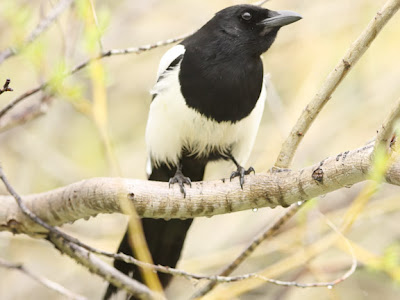 Another member of the crow family that can be seen scavenging in Yellowstone is the black-billed magpie. Besides scavenging the magpie's diet consists of eggs and young chicks, that it finds in the nest of other birds, ticks, that it picks off of the backs of ungulates, insects, small mammals, as well as seeds and grain. 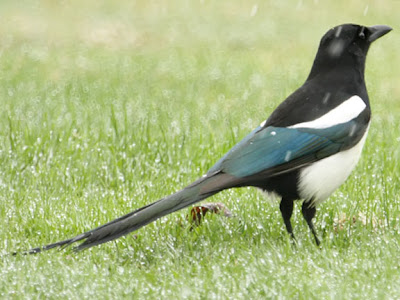 As with the ravens these birds are intelligent and do well around people. These shots were taken in Mammoth where these birds take advantage of what people leave behind. 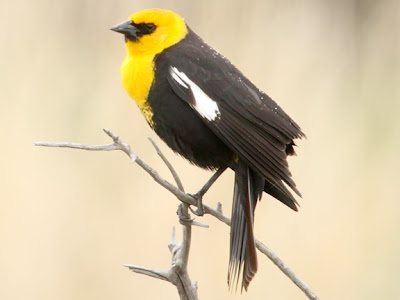 I learned so much today! The first photo of the raven reminded me of an Alfred Hitchcock movie!

Thanks Shellmo, one of the goals of the blog is to help people learn about nature, but in putting it together I think that it is I who learns the most.

Great series on Yellowstone continues. Thanks for sharing.

Dang, all your photos are lovely...but for some reason I liked this group the best. I have a thing for the Corvidae; your Raven is stunning!

Oh, and I agree with your comment to Shellmo; I'm still learning and my blogging helps tremendously!

Thanks TB and Beverly, unfortunately I only have one more Yellowstone post for this year but it is a good one. It is a good thing that I have been taking a lot of other pics over the past month so I have a lot more to share.