The Bass Ponds that I Misplaced

Since I have not been able to go out and do much birding lately, due to the very poor weather we have been having, I spent some time going through pictures. On one of my memory cards I found these pics that I took on March 29th at the Bass Ponds and Old Cedar Ave Bridge in the Minnesota Valley NWR that I forgot to post. 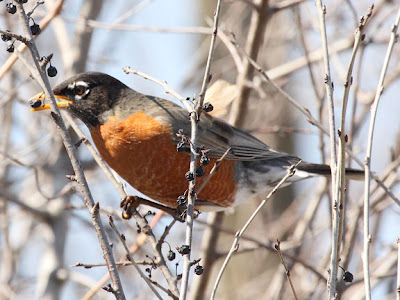 By the Old Cedar Ave Bridge I found a few American robins eating shriveled up berries from the bushes. Last fall I photographed cedar waxwing eating berries from similar bushes near the bridge. 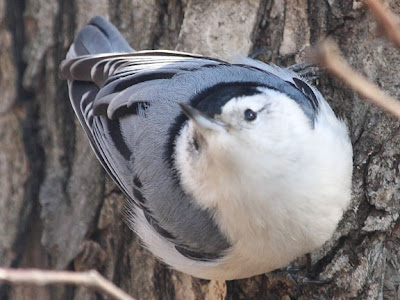 I also found a cooperative white-breasted nuthatch doing what nuthatches do, climbing down a tree. 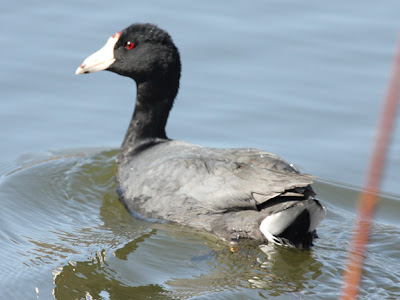 Over at the bass ponds there were some coots. 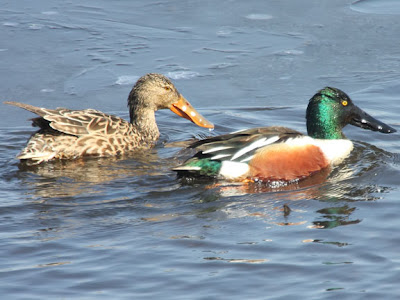 The catch of the day were 3 northern shovelers, 2 males and 1 female. These where the first shovelers that I had seen so far this year. 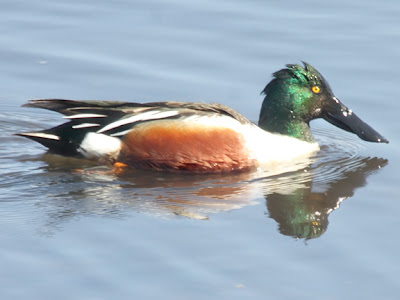 They were in the mud flats that border the Minnesota River. Much of the water was still frozen, at that point, so they were forced to stay close to the park where the open water was. This kept them with in a good range and allowed me to get some descent shots.
Posted by Ecobirder at 6:16 PM

Nice shots of the shovelers as they are always so shy for me and difficult to photo...love the robin also...we have similar winter birds...hope the weather is better now ecobirder. cheers.

Thanks Ocean, the weather has finally gotten better which is great because I have been getting a bit stir crazy lately.