On Sunday the 13th I made one last stop and that was at Wood Lake Nature Center. That was were I spotted my first warbler of the year, a yellow-rumped warbler, but there were quite a few other birds there to photograph. 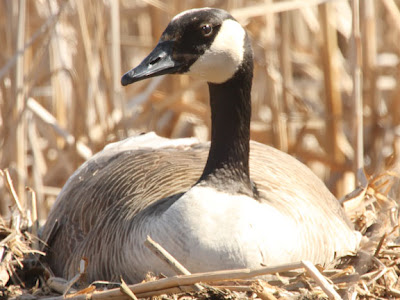 The Canadian geese have begun to nest and I counted at least about 10 that I saw at Wood Lake. 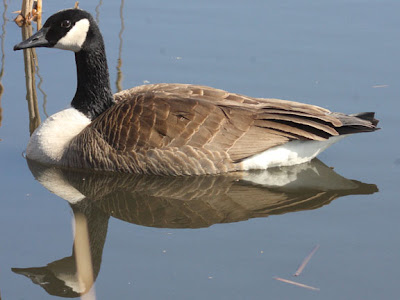 While the female are sitting on the nest, I assume that they are incubating eggs, the males walk the perimeter and keep guard. That occasionally leads to conflicts between geese and visitors. Usually it is nothing more then a bunch of hissing though. Some of the males are a bit more mellow and keep a watch from the water. 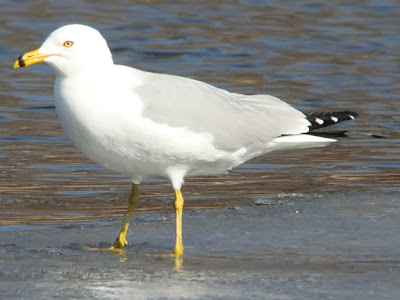 There were also a lot of gulls lie this ring-billed gull on the ice. My guess is that they are looking for fish that died during the winter and are surfacing as the ice melts. This makes for an easy meal. I have been back to Wood Lake since that weekend and all the ice has disappeared and so have most of the gulls. 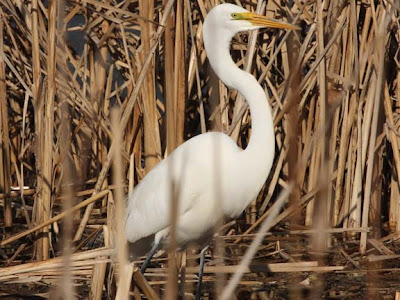 A great egret was prowling the reeds looking to catch its own meal. 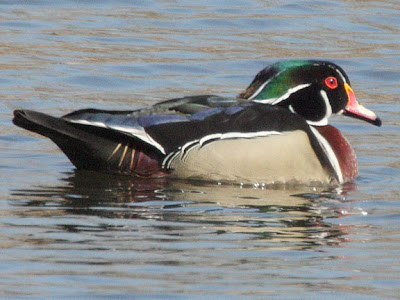 While walking the trail I spooked a pair of wood ducks who we in the reeds next to the trail. They flew off before I could get a shot but I found them later in the safety of deeper water and got a pic of the male. 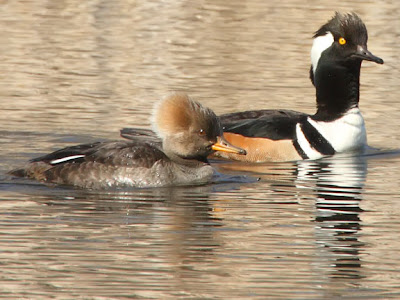 The birds that I was the most excited about, besides the warbler was a pair of hooded mergansers. 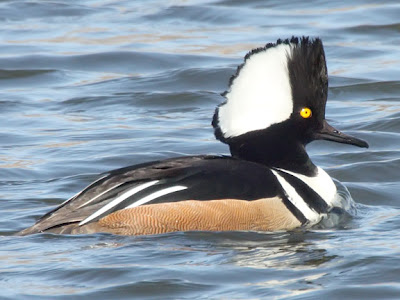 The male hoody was swimming around like a king displaying his majestic crown. 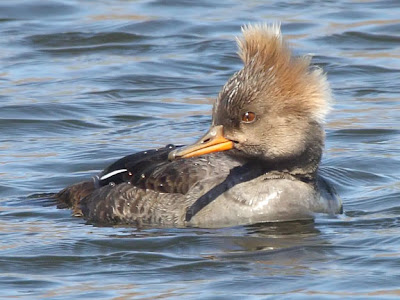 The female did not want to be undone so she tried to display her tiara but it just came out looking like she was having a bad hair day. 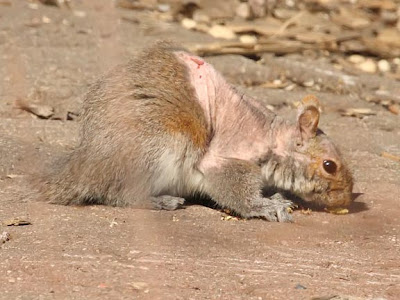 The low part of the trip was when I spotted this squirrel by the feeders near the visitors center. At first i was not sure what it was, since it was missing a big chunk of fur and most of its tail. I am not sure what happened to it. Maybe it ran into a predator like a red-tail hawk, great horned owl or a fox, all of them are local to the Wood Lake area. Maybe the issue was with another squirrel. I am sure that I will never know the reason for his injuries I just know that he is lucky to be alive. I really don't think that he would make it with out food from the feeders at the visitors center. With out his tail I am sure that he is lacking some balance and may have a hard time navigating his way through the trees the way that squirrels normally do.
Posted by Ecobirder at 5:01 PM

The squirrel has rubbed or pulled out her hair to line her nest. Sometimes they get a lttle carried away. I have a lot of half naked squirrels but their hair is all growing back.

Interesting, I did not know that! Thanks for the info Richard.

Squirrels can get mange and other skin infections that could cause the hair to fall out. I don't know what happened with the tail though.