At the beginning of last week I made another trip to see the heron rookery at the North Mississippi Regional Park. It is not very far from work so after I got off I headed across the river to Minneapolis. When I arrived there were a couple of people already there photographing the heron. One of them turned out to be Ivar from Ivar's Birds, you should check out his blog he has some very good pics. 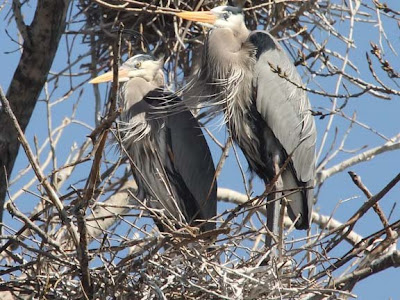 Even though it was a beautiful day things were a lot less busy then the last time that I visited a week or so earlier. 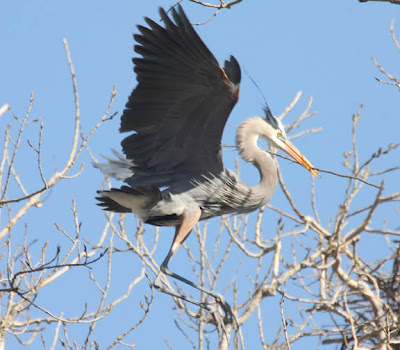 On my first trip to the rookery there was a lot of courting going on. Males where continuously flying out and returning with branches that they handed off to the awaiting females. The females would stay at the nest arranging the new branch as the male would take off to find another. 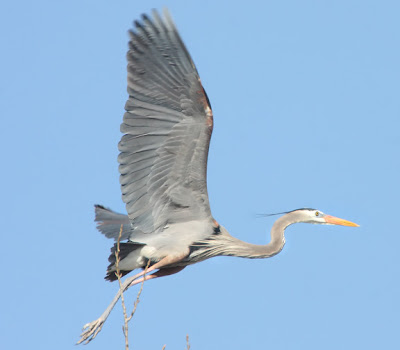 There was also quite a bit of copulation going on with at least 4 pairs going through the act of mating. 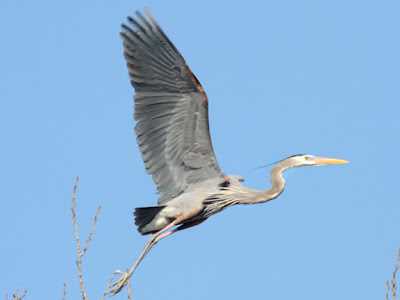 On this visit only a few pairs were still in the courting stage, most of the pictures in this post are of a couple of pairs. 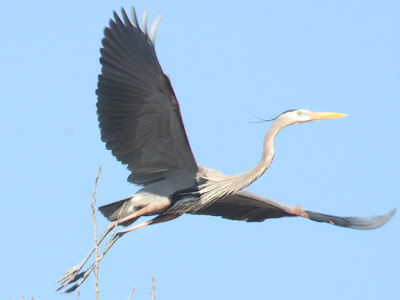 Most of the herons had already completed their mating and were bedded down in their nest probably incubating a clutch of eggs. 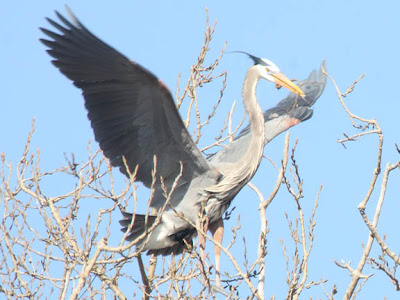 Herons typically have 2-6 eggs which they incubate for 25-30 days. 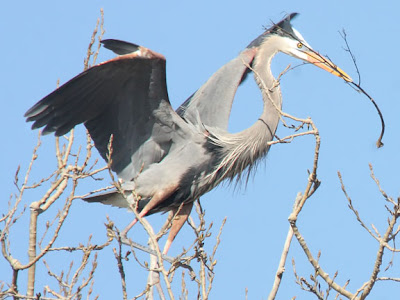 Maybe on my next visit there will be some chicks in the nest for me to photograph. Both parents take care of the chicks, and feed them by regurgitate food. After about 2 months the young herons fledge, but they continue to come to the nest and accept food from their parents for a few more weeks.
Posted by Ecobirder at 3:18 PM

Finally! Great to see your heron pix -- they're very good! Thank you also for your kind mention of my blog. I hope to run into you again soon. Keep up the excellent work!

Sorry I took so long Ivar. Trying not to have too many long posts with 10 or more pics.