On March 26th I also made a foray to Wood Lake Nature Center to see how much of it was still under the grasp of winter. 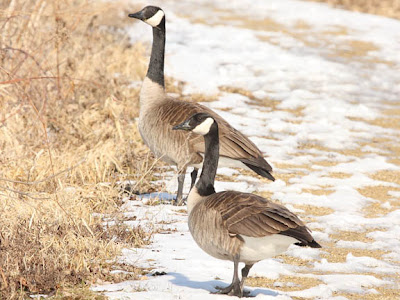 Most of what I saw were pretty common birds like Canadian geese. It is about nesting time so when another goose approached this pair he was quickly shown the door. 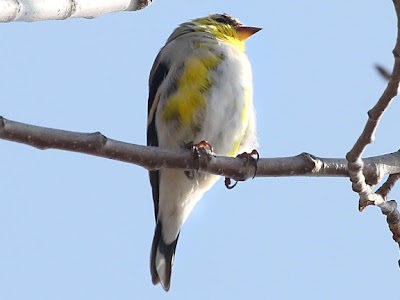 The American goldfinch have begun to molt into the breeding plumage that most people recognize. 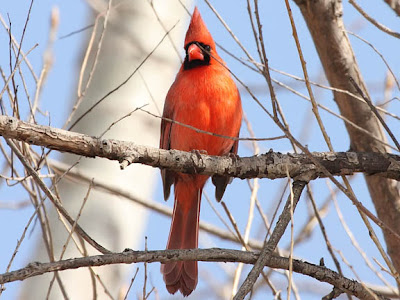 And northern cardinals are all over singing. 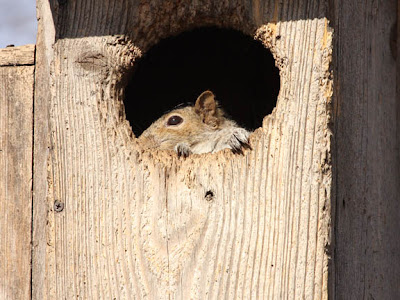 I was hoping to find an owls nest. I photographed a great horned nest for about 2 weeks at Wood Lake last year, which was the first thing that I began my blog with. But I had no luck. 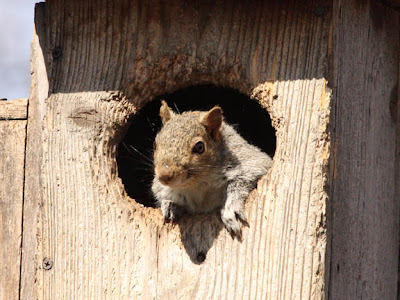 I even approached this wood duck house hoping that maybe a small cavity nesting owl, like perhaps a screech owl, might be using the box but all that I found was a couple of annoyed squirrels.
Posted by Ecobirder at 7:13 AM

I put up a Screech Owl box a few years ago, and so far, just a squirrel, oh well, at least someone likes it!

Yes Hannibal, a screech owl would definetely be cool but I think most boxes end up squirrel homes, but squirrels need a place to live too. Hopefully some day you will get lucky and get an owl. I know that I would love to see the pics.