My last stop on April 20th was the Wood Lake Nature Center. 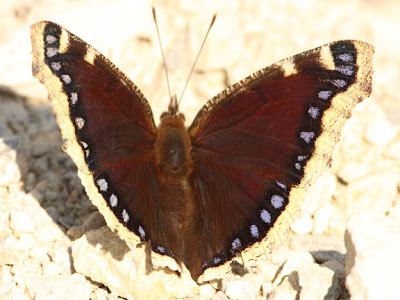 At Wood Lake I found another mourning cloak butterfly to photograph. 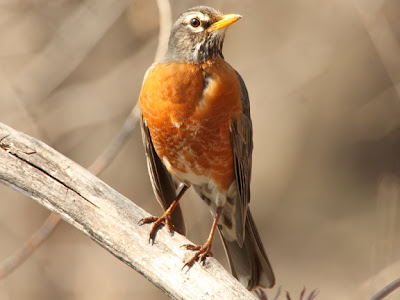 American robins are pretty common now so I am not as excited to see them as I was when they were first returning back in March. This robin gave me a nice pose though so I figured that he wanted to have his picture taken. 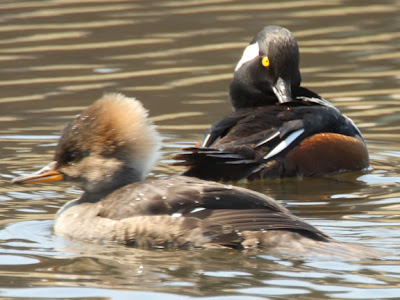 The hoodies are still around. On this trip they were in one of the ponds on the outer trail near to the freeway so the pics were not as good as I got last time. 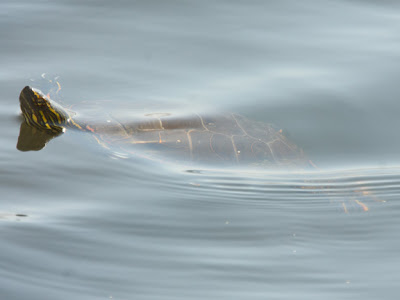 There were also a lot of turtles sunning themselves on rocks or logs that were sticking out of the water. This guy slid into the water when I came by but decided to take a peek and check me out as I was checking him out and taking a pic.
Posted by Ecobirder at 6:44 PM