A Visit to Dodge Nature Center

Last Wednesday the sky cleared up for a little bit in the evening, unfortunately I was not able to go out and do some major birding because Wednesday afternoon is my volunteer shift at The Raptor Center but since it was the only time that we really got sun during that week I decided to stop at the Dodge Nature Center on my way home from The Raptor Center. Since I did not have too much time, it was already 6pm when I arrived, I decided to make a quick loop first over to the farm pond, then past the crossroads pond, then the prairie pond and then back to the parking lot. 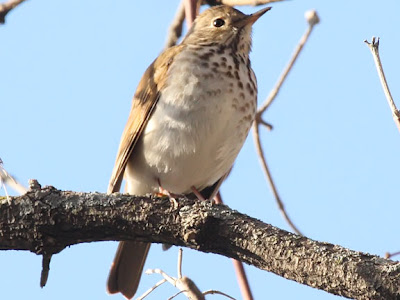 The most interesting thing that I found was a hermit thrush in the wooded marshy area that leads to the farm pond. 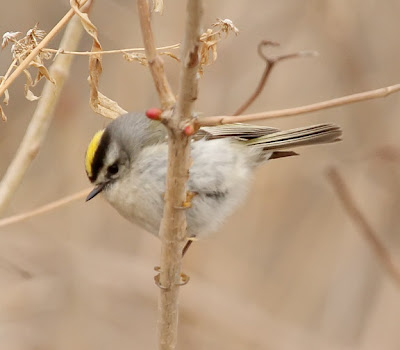 There were also quite a few gold-crowned kinglets flitting about 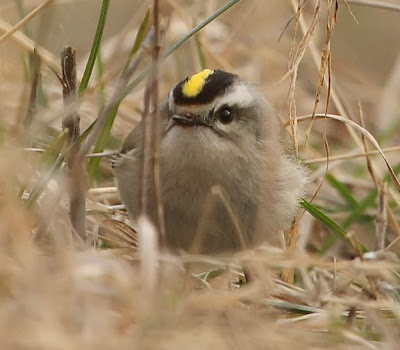 Most of the kinglets were in the small picnic type area right next to the parking lot. 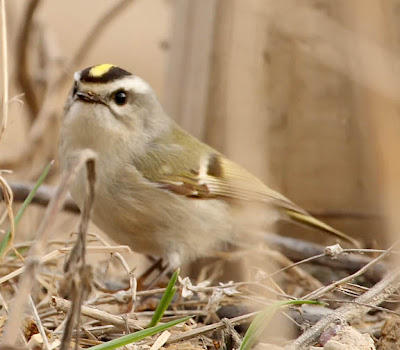 Kinglets are very small and frequently moving, which makes them especially difficult to photograph. Since they are very small the camera autofocus has a problem picking them out quick enough before they move so all of these picture, like a majority of the pictures that I shoot these days, were taken using manual focus. 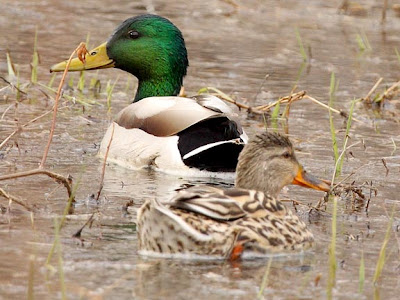 The ponds were still mostly frozen but there were a few geese, muskrats, and mallards near the edges of the ponds where there was a bit of open water. 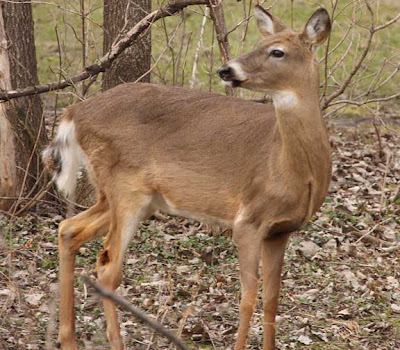 On my way out I spotted a couple of white tailed deer. There are a lot of white tailed deer in Minnesota, even in the Twin Cities. So when it starts to get dark it is pretty easy to find a few in most of the neighborhood parks or nature centers.
Posted by Ecobirder at 11:14 PM

Those GCKinglet pictures are great. I've never gotten a really good look at them even with binoculars. What a cute little bird!