I did see, and photograph, a few other birds besides the horned grebes and great blue herons when I visited the North Mississippi Regional Park on April 14th. 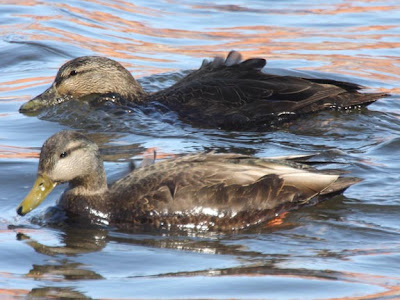 I spotted a couple of American black ducks. I don't see black ducks all that often. That may be because Minnesota is pretty much on the western edge of there range. 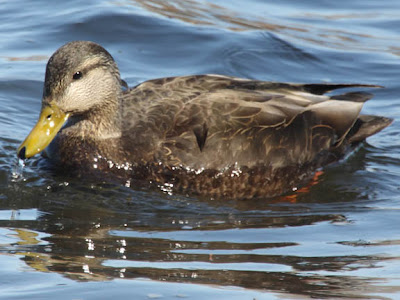 There is some hybridization and interbreeding between American black ducks and mallards. 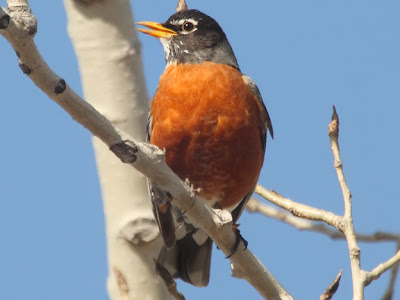 Not all of the action was down on the river. In the wooded area of the park I found an American robin. 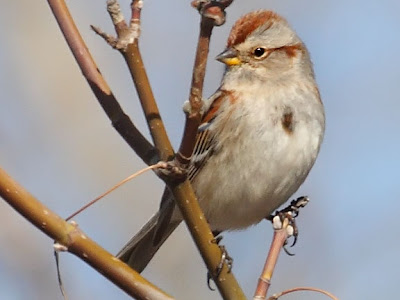 There were still American tree sparrows around. 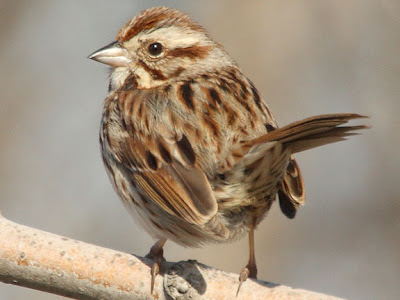 As well as song sparrows. 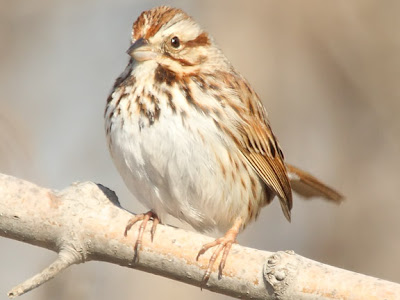 I also spotted a group of 4 northern flickers. They would fly down to the open field land for a few minutes and then would fly back to the trees. I am guessing that they were hunting for insects. Unlike other members of the woodpecker family northern flickers prefer to find insects on the ground, ants are their favorite prey. 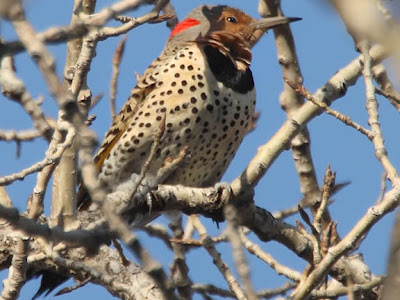 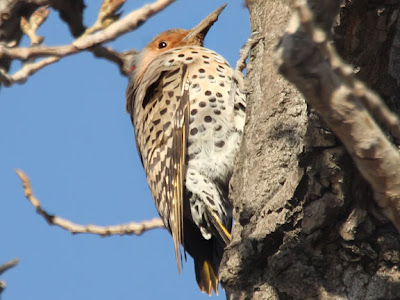 That is probably the reason why we don't see many flickers during the winter time, these were the first ones that I spotted in 2008, here in Minnesota. while the downy, hairy and red-breasted woodpeckers are knocking on trees in the snow and freezing temps the northern flickers are down in the sun slurping up ants.
Posted by Ecobirder at 11:45 AM

I've never heard of a Northern Flicker, but I'm convinced this is what I snapped a bunch of photos of in my yard just a few days ago (Virginia). It was pecking at an old tree stump that we have cut flush with the ground. I was intrigued by it's spots and red/black markings, but didn't have a clue what it was. Thank you so much!!!