The third eye (C) in the quiz belongs to the bird pictured below. 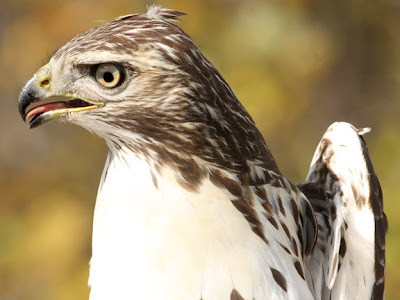 When I first caught a glimpse of this bird, as the volunteers at Hawk Ridge were bringing it in to do an informative program, I thought that it was a northern goshawk because of its coloration. 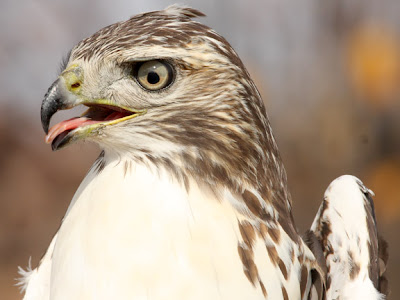 As soon as I got a better look at the shape and the pattern I realized that it was an immature red-tailed hawk and not a goshawk. I don't think that he was happy that I mistook hm for a goshawk because he kept sticking his tongue out at me. 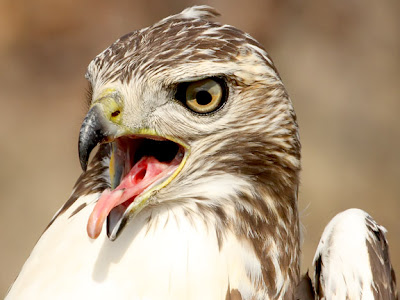 Red-tailed hawks are pretty common through out North America except for the extreme northern arctic regions. They are what is called a border species because they are typically found at the edge of a forest where it meets open fields. Typically the red-tail will roost in a tree and keep his eye on the field waiting to find a rodent, squirrel, rabbit, snake or other prey to swoop down on. 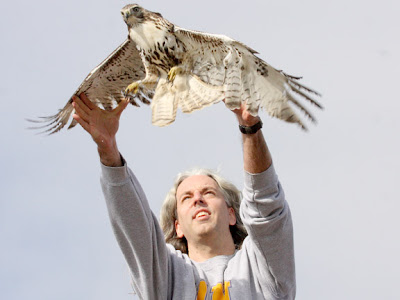 This red-tail was adopted up at Hawk Ridge on October 18th. As part of the adoption the person who adopts the bird gets to release it back into the wild, as long as they are present. 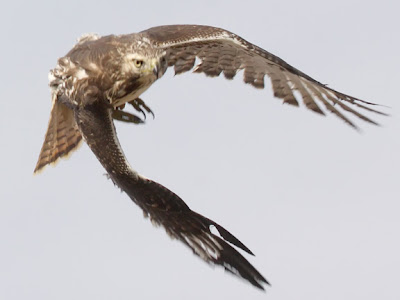 This young red-tail headed on south after he was released. Many red-tails stay in Minnesota even through the winter, so it is possible that it may have been almost through with migration when it was banded up at Hawk Ridge.

Posted by Ecobirder at 5:50 PM

Have you ever thought of putting out a book? These images are well I'm out of adjectives each week, spectacular.

wow, what a tongue! these are great captures!

Those are great shots. You did good on getting so close to get those closeups. Helen

I am so fearful for my l pound dog in the yard. We have many here.

What an informative blog and great photos! Thank you for sharing!

It's one heck of a tongue to have sticking out at you :)

Your photos are excellent.