Eye number (2) in the second Eyes of March Quiz belongs to bird (C) the barn owl. 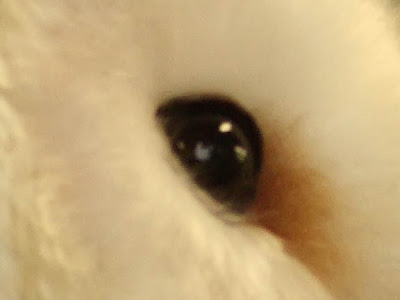 The barn owl can be found in many places around the world. It has the most widely distributed range out of any of the owls. It can be found across the US, except for the northern portions and Alaska, all of Central and South America, most of Europe, except some northern parts, Australia and some southern parts of Asia. 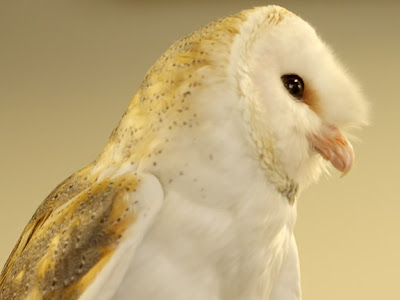 Because it is so widely distributed there are numerous subspecies of barn owls that are differ in size, color and geographic region. Barn owls get their name because they are cavity nesters that are often found nesting in old barns. This is usually good for farmers because their keen sense of hearing, probably the best in the animal kingdom, make them prolific mouse hunters and since they hunt at night, nocturnal, they are seldom seen during the day. 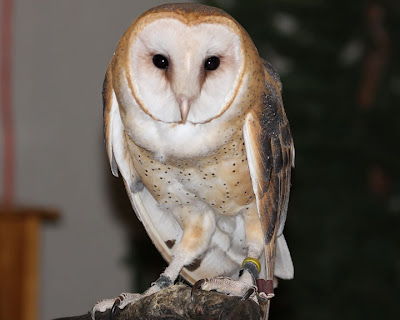 In North America the subspecies of barn owls is Tyto alba prantincola. They are the largest of all of the barn owls, with a buff colored breast which is covered with speckles, females typically have more speckles then the males. Whisper, one of the education birds from The Raptor Center, is a good example of the North American variety. 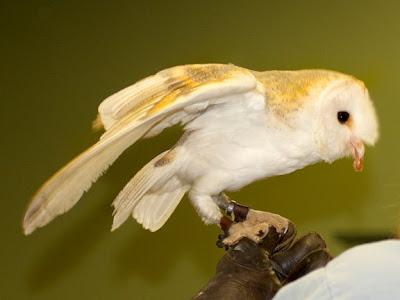 The owl who posed for the eye photo is actually an Eurasian barn owl from the World Bird Sanctuary who was a part of the Owl program at Carpenter Nature Center last weekend. Since they classified it as Eurasian I am not sure what subspecies that this bird was, but since it was quite a bit smaller then Whisper and had a white breast with no spots, I would guess that it may be from the subspecies Tyto alba alba which are found in western Europe and the Middle East. 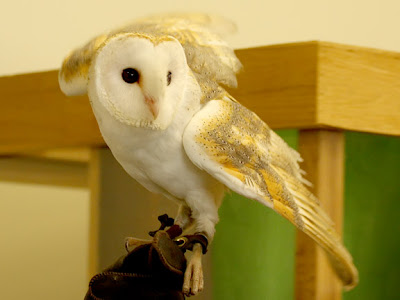 As part of the program they flew this owl over the audiences head from one trainer to another.
At one point they asked the audience to close their eyes and listen as the bird flew overhead to demonstrate the owls ability of silent flight. This is necessary for owls that hunt at night, since their prey uses sound to sense approaching danger.
Posted by Ecobirder at 5:01 PM