As the temps begins to get warmer and winter loosens its grip where I live I am beginning to get excited about the upcoming spring migration. I know that it will still be a while before many of the song birds migrate back through but it may be only a matter of several weeks, as soon as some of the ice on the lakes and river melt, before we start to see migrating waterfowl, although it has really not been very long since I last saw many of these birds, usually they are the last to migrate and the first ones back 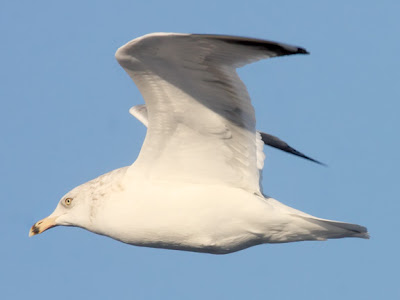 There were quite a few interesting gulls that were hanging around Black Dog Lake and Prescott, WI back in December. Unfortunately those that were more exciting, or at least more rare in Minnesota, were never in a good spot for me to photograph. I did however get this pretty good shot of a ring-billed gull as he flew past. 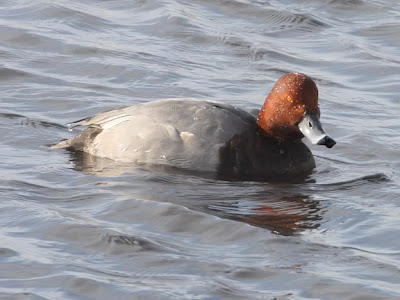 Redhead ducks typically stand out and are easy to identify with their bright red head, however when their are also canvas back ducks around you need to look a little closer. 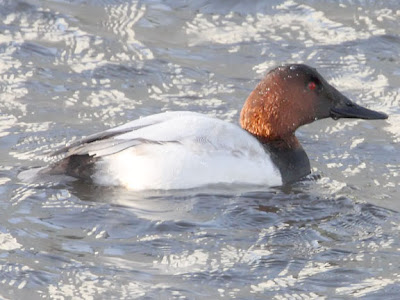 The canvas back has a thinner, more pointed bill then the red head duck. It also has a bright red eye where the red heads eye is more of an orange color. 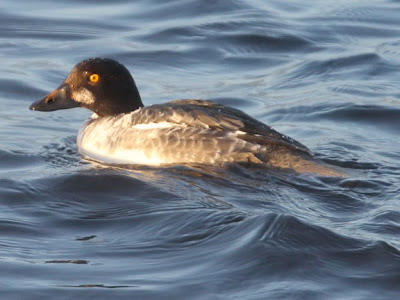 Common goldeneye often spend the entire winter in the area as long as there is some open water. This is an immature bird. You can this by how gray he is and by the fact that his eyes are not yet the bright golden color of the adults. 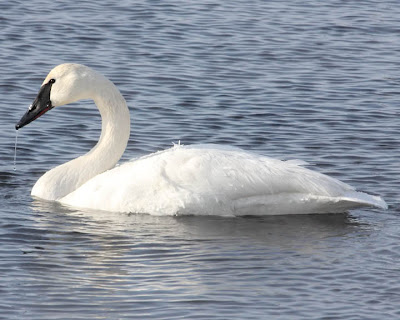 Trumpeter swans are another bird that will stick around as long as there is open water. Once on the verge of extinction these beautiful birds are pretty easy to find in this area year round.

Posted by Ecobirder at 9:57 PM

I don't think I've ever seen a canvas back duck before -- even in a photo. That red eye is really something!!

Love the waterfowl photos as I have not seen any of them in person. I see gulls all over as we live near the Niagara River and Lake Erie, but Iding them is really hard. My WW post is about the green heron..