Today was the official first day of spring for 2009 and in typical Minnesota fashion when I woke up this morning it was snowing. At first the snow was not accumulating, I guess that the ground was still warm from temps that got up into the 50s and 60s most of the week, but as the snow continued it began to build up a bit. Fortunately it did not last too long, as the sun came up the temps rose, the high was around 50 degrees, and the snow turned to light rain. When I got off of work the rain had stopped but it was still overcast so I decided not to go out and shoot. Tomorrow, however is supposed to be sunny with temps in the mid 50s again so I will probably try and get out for much of the day since Sunday and Monday look as though they may be wet. 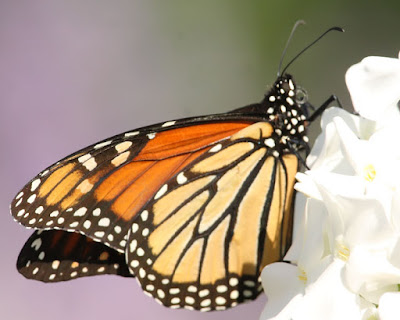 Here are some pics that should help everyone to get in the mood for spring. These were all taken at the Carpenter Nature Center back in August of last year. I am sure that most of you probably already know what type of butterfly is featured in this first pic. 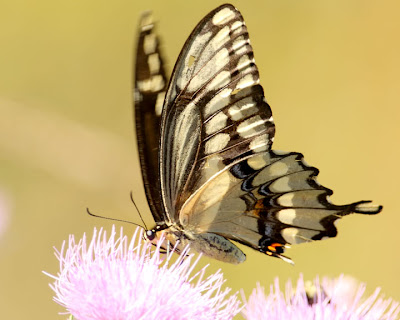 The giant swallowtail is a rare visitor to Minnesota but last year we had a sort of eruption, similar to the eruptions that we sometimes see with northern birds during the winter, that began in the late summer and covered quite a bit of the south eastern portion of the state. 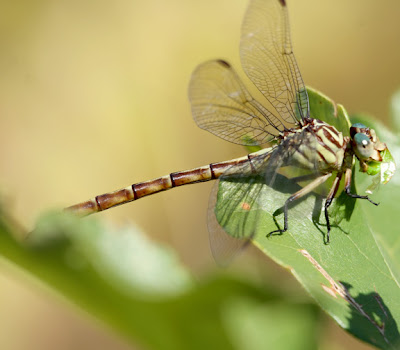 I was very excited when I was able to photograph this dragonfly at CNC. I could tell that it was a clubtail but it was one that I had never photographed before. I thought that it might be one of the rare types of clubtails that are often found around the St Croix River, like the St Croix snaketail or the sand snaketail. 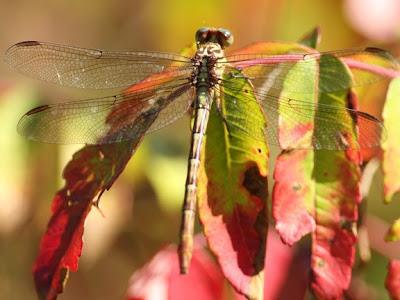 With a little help from BugGuide.net I was able to identify it as a russet tipped clubtail. The reason I was so unfamiliar with this type of dragon is because the only record of this species in Minnesota that they have at Odonata Central is in Houston County which is in the far south eastern corner of the state. I will be looking for these again in 2009 and if I am able to get some more pics this year I hope to submit my proof and get the species added to the Washington County species list.
Posted by Ecobirder at 9:24 PM

Ok I guess its Autumn in New Zealand then. I saw a Monarch yesterday but dont think there has been as many as usual this year.
Great macro shots by the way.

Great pictures. I hope you get to see that dragonfly this year and get it added to that list. Helen

FAB pics to herald the "start of spring". In the UK the Blackthorn blossom is everywhere but only 14degC & butterflies are just beginning to appear. Would love to see Giant Swallowtail.

Snow...Yikes..
I really love your close up photos of the butterfly's and dragon flies...
I don't know enough about either...so I learn at each of these posts..
thanks