I also found some other birds near the Old cedar Ave Bridge in June besides the yellow warblers, American redstart and Baltimore oriole. 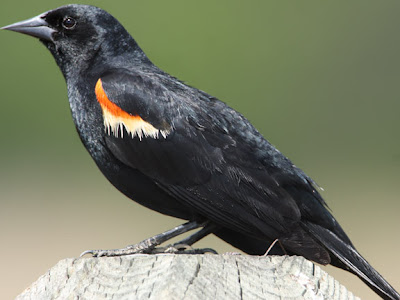 Redwinged blackbirds are very common. They are so common that i do not usually stop to photograph them after the first couple of the season. This bird was being very cooperative though and I decided to make his dreams come true by posting his picture on the Internet. 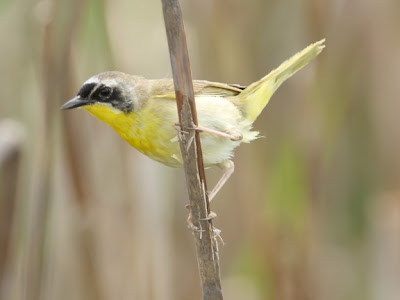 The common yellowthroat is another warbler that stays in the area during the summer. Even though they are fairly common, it is usually difficult to catch more then a quick glimpse of these small secretive birds, because they spend most of their time in the tall reeds that line wetlands. 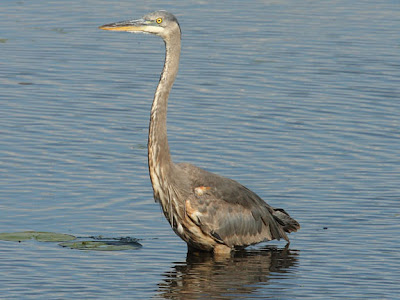 On the other hand the great blue heron is usually pretty easy to spot. The largest member of the heron family that can be found in North America, the great blue heron can often be seen standing in the shallow waters of ponds, creeks, rivers, lakes or almost any body of water.
Posted by Ecobirder at 4:20 PM

Nice selection today - always like seeing the heron too!

Although the red winged blackbird is common in your area, it is not that common here. I supposedly saw a yellow throat this past spring, but I couldn't id it. Too far and quick for an id, but somebody else said it was. So thanks for sharing what is uncommon to the rest of us. As always, great pics.