In the middle of August I decided to spend a Saturday up at Crex Meadows. It was about the same time last year, August 12th, 2007 to be exact, that Michelle and I rescued an injured immature eagle from up at Crex. This year my trip was not quite as exciting but I did have a good day and I managed to get a few pictures too. 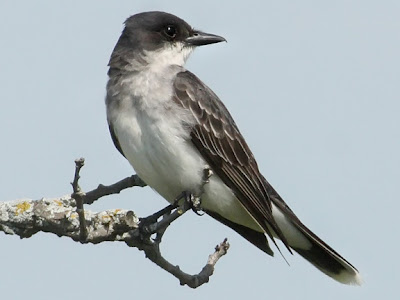 Eastern kingbirds are a fairly common sight during the summer months. They are by far the flycatcher that we see the most during this time of the year. One nice thing about eastern kingbirds is that they are not as skittish as many other passerines. They will often sit and pose for you so that you can get an outstanding photo, don't we wish that warblers would take lessons. 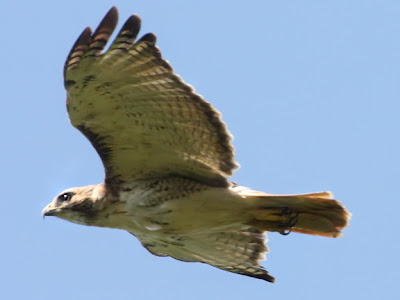 The only raptor that I saw that day was a red-tailed hawk. You can see red-tails pretty much any time of the year in my part of the world. They are usually on light posts on the side of freeways looking for the rodents that populate the medians and shoulders of the road. 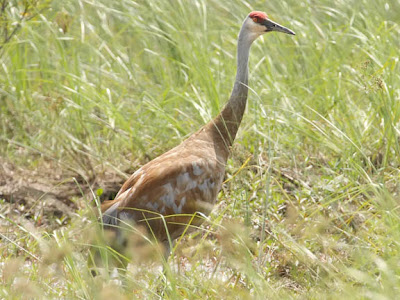 Sandhill cranes are one of the big draws at Crex. There is a small resident population that spends most of the year, except winter, at the park. During the fall these numbers are augmented by migrating cranes that use Crex as a staging grounds. The cranes gather together, feeding while they wait, and then migrate down to Florida, Texas, New Mexico, or some other southern location, as a large group. 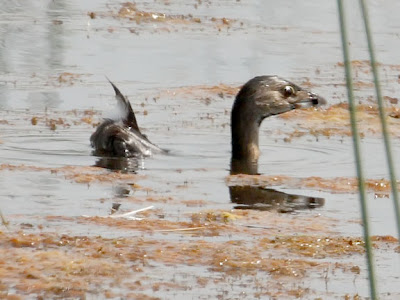 Pied-billed grebes are the smallest member of the grebe family in North America. They are kind of tricky to photograph because when they get frightened they do not fly off, like most other birds. Instead they sink down into the water, a lot like a submarine does, and since they can hold their breath for a long time and are pretty strong swimmers often you will never see where they come back up. I usually only see pied-bills during spring or fall migration. 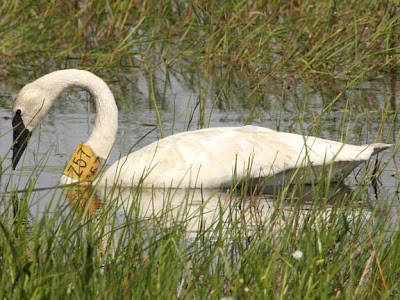 Another summer resident are the trumpeter swans. A small population of these large white birds use Crex as a nesting ground. In June you can often see a pair swimming through the shallow water followed by many small grey cygnets. During the winter they will migrate to where they can find food. Many may end up in Monticello, MN where the water stays open, due to the Excel Energy Plant, and a kind women feeds them cracked corn daily.
Posted by Ecobirder at 9:21 PM

Beautiful birds you have in N.America.How do you get such clear shots of birds in flight?
I have a Nikon with a 70-300mm lens and no luck at all.

My favorite is your kingbird photo, it is awesome!

You made the kingbird much more handsome than I remember! That's so nice of that lady to feed the trumpeters cracked corn to get thru the winter - one person can make a difference!

Beautiful post. I would be in bird heaven in your neck of the woods.

I agree with Shellmo - I had thought about doing something like that at Spring City, but both the parks I visit have signs about NOT feeding any of the birds.

Hi there,
Great photography up there in
Crex Meadows. I'm guessing you
meant to say the Pb Grebe is
the smallest grebe in Minnesota
and Wisconsin. I always enjoy
your photos.
Hap in New Hope