The dragonfly that I photographed the most at Fort Snelling Back in late July was the widow skimmer. 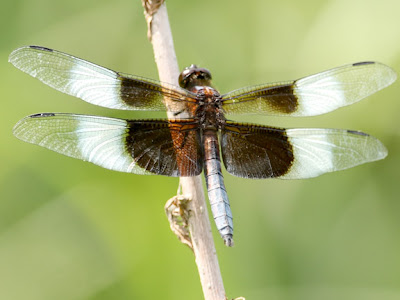 The male widow skimmer above is probably a little older then the one below. As the males age whitish pruinose covers the abdomen, since the one above has more white on the abdomen it stands to reason that it is older. 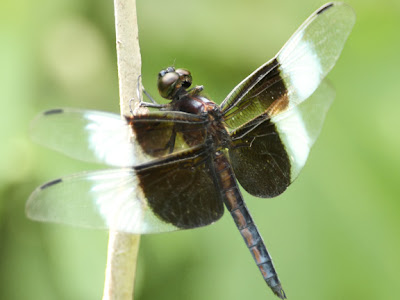 The females are yellow in color and do not get the outer white bands on their wings. Their abdomen also does not change white with pruinose. 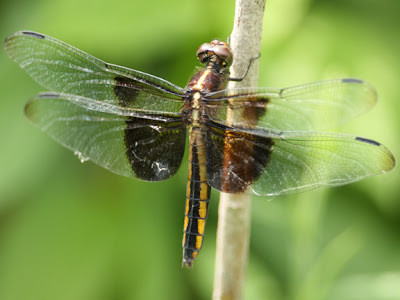 Widow skimmers got their name because the female typically lays the eggs on her own. With most other types of dragons the male will guard the female while she lays the eggs so that no other male will mate with her until after she has laid the eggs which he has fertilized. 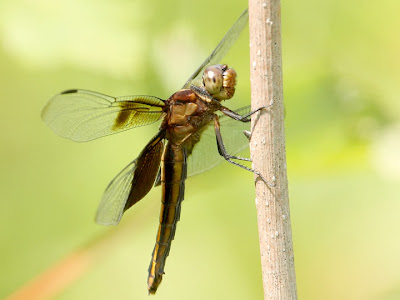 With widow skimmers an order of dominance is established by the males with in a population. Females will try and choose a male that is as high in the order as possible for mating.
Posted by Ecobirder at 7:22 PM