With my expanding interest in dragonflies taking off I visited a variety of new locations this summer in order to find more variety to photograph. One of these new locations was a spot on the Vermillion River south of Hastings, MN. I visited there on August 17th. 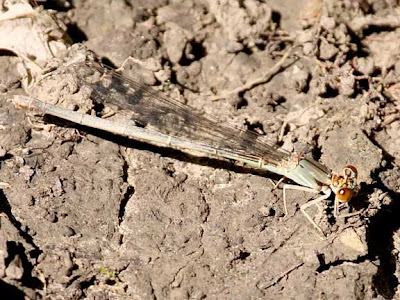 I did not find too many new species but I did this damselfly. I am not sure what type that it is. I still need to do some more work to get all of my dragons down, once I am good with the dragons then I will work more on the damsels. 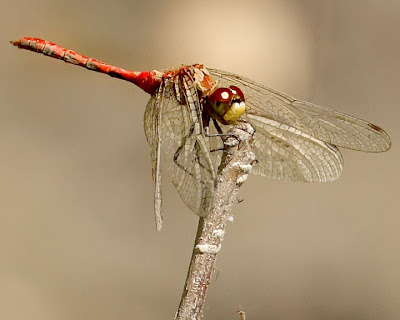 I also found a white face meadowhawk. Meadowhawks are one of the late season dragons, July and August are usually just the beginning of the season for them up here in Minnesota, they can still be found in November depending on the weather. I spotted quite a few on Sunday while I was out. 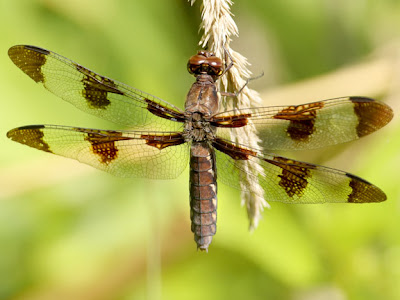 The common whitetails, on the other hand, are long gone. Their season usually runs from the end of May to the beginning of September. 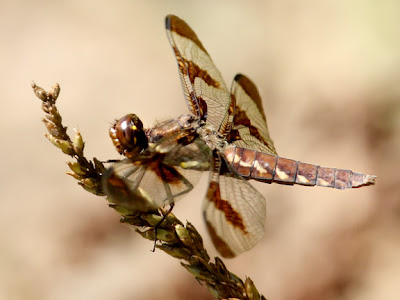 It is quite easy to tell that these are female whitetails. The common whitetail gets it's name from the white pruinose which covers the abdomen of the males. Even immature males who have not developed any pruinose yet have distinctive wings that are more angular and have a more continuous brown spotting. The female whitetail is most often confused with the female twelve-spotted skimmer, but on the white tail the yellow dashes that run along the abdomen form a more jagged line then those on the twelve-spotted.
Posted by Ecobirder at 9:13 PM

I don't see how you ever spotted the first one, it blends with it's surroundings so well.

All the photographs are so sharp. Great!

My heavens! You have got the most incredible photos! You are an amazing photographer and artist!