I spent much of the day today up at Duluth, MN birding Park Point and Hawk Ridge. It was a pretty good day with some nice looks as a few raptors moved through between 1:00 and 3:00. Unfortunately I don't have time to process the pictures at the moment since I am doing some work from home but I do have some more pictures that I took when I was up in Duluth for Hawk Weekend back on September 20th. 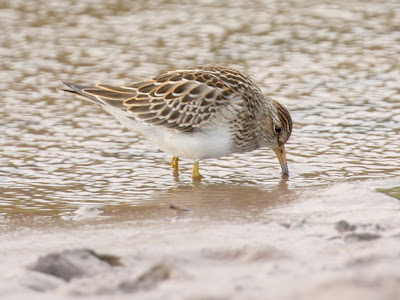 After spending a full day of birding between Park Point and Hawk Ridge a call came in to Debbie Waters, the Hawk Ridge Educational Director, that some local birders had possibly spotted a Pacific golden plover down in Duluth. Since things were pretty much over up on the ridge I got directions and headed out to see if I could find the bird. 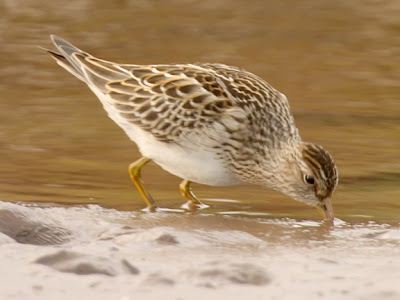 When I got to the location where the bird had supposedly been spotted I ran into many of the prolific birders of the area, as well as a few from down in the Twin Cities. Pacific golden plovers are extremely rare in Minnesota, I don't think that one has ever been spotted in the state. While scanning the mudflats we spotted a few pectoral sandpipers, the two pictures above. 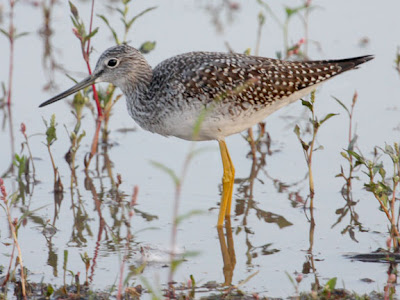 There were also a couple of yellow legs. You can tell that this is a lesser yellow legs because its beak is a single color. If it was a greater yellow legs it would have a two-toned bill. 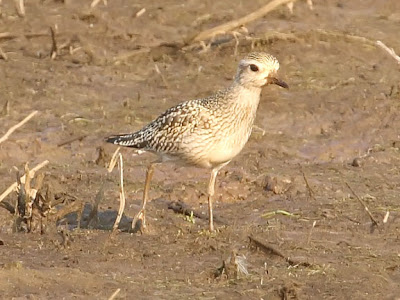 We also spotted several black-bellied plover. It is not uncommon to find black bellied plovers mixed in groups with other shorebirds. Black bellies are wary and will issue a warning call if they sense danger making them a good safety system for the other birds. 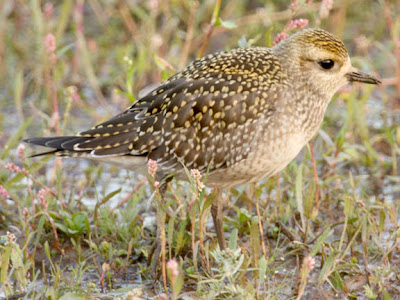 Several of the birders earlier in the day had spotted what they believed to be the Pacific gold and noticed that the bird was injured but had lost it when it was flushed by a merlin falcon. So when we found a limping plover we thought that we might have our bird Unfortunately it was located where we could not get a good look at it and we also could not get any closer with out the risk of sinking into the mud, like Jim did earlier. 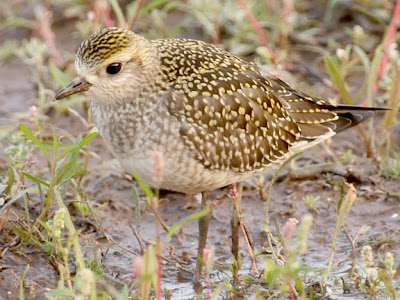 Eventually the bird moved and we were able to tell that it was not a Pacific but it was American golden plover instead. American golden plover are fairly common in Minnesota during the migration. They breed up in the Arctic circle and spend their winters in South America. During migration they travel through out much of the eastern part of the US, stopping to eat so that they can replenish the energy that they need to continue their long migration.
It is possible that there was 2 different birds and that one was a Pacific golden plover, however since we were not able to confirm the fact, there were no other reports, I don't think that anyone checked it off of their Minnesota life list.
Posted by Ecobirder at 7:49 PM

Beautiful series of shorebirds - thanks for the tips in helping to identify them!