Since I decided not to go out to Crex Meadows on Saturday, due to the morning rain, I decided to go to the Minnesota Valley NWR Long Meadow Lake Unit instead. I parked over by the old Cedar Avenue Bridge and walked down the trails under the new Cedar Avenue Bridge and over to the Bass Ponds. Over in the trees between the Bass Ponds and the Minnesota River I found quite a few yellow-rumped warblers. 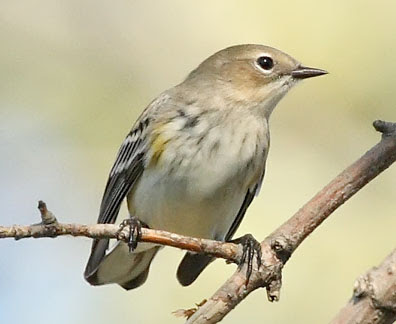 When I first approached the trees most of the warbles took off and flew to trees further away. 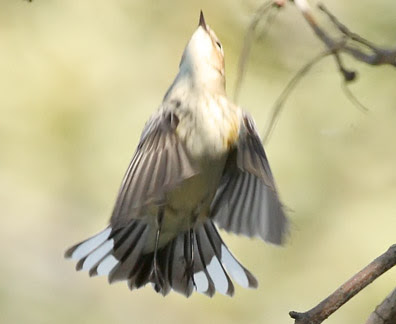 So I just stood still by the trees 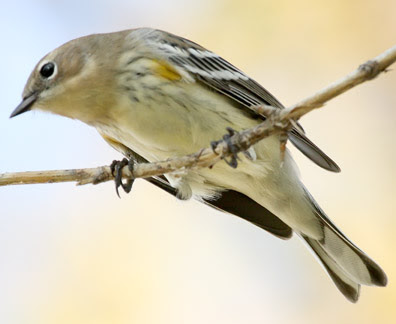 and soon the warblers began to return to the trees by where I was standing. 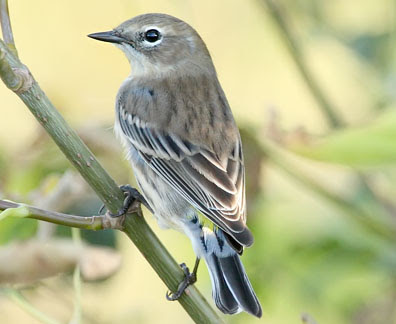 I kept standing in one spot not moving except to take a shot. 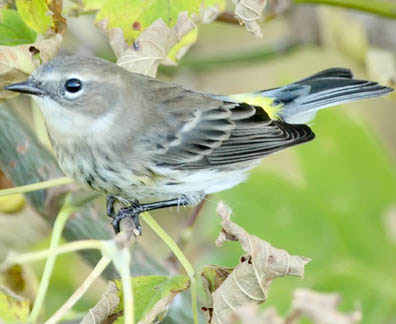 Since I was not moving the warblers pretty much ignored me. Several times warblers would land on branches only a couple feet away. 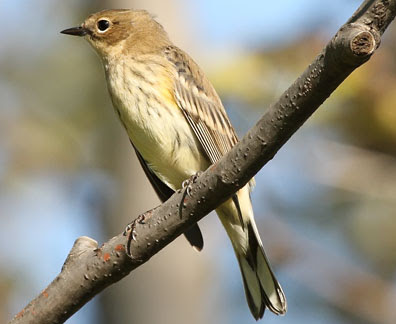 I stood there watching and shooting pictures for about 45 minutes until some bicyclists rode by and flushed all of the birds again, so I moved on. Down on the river there were a lot of Canadian geese, mallards and American coots. 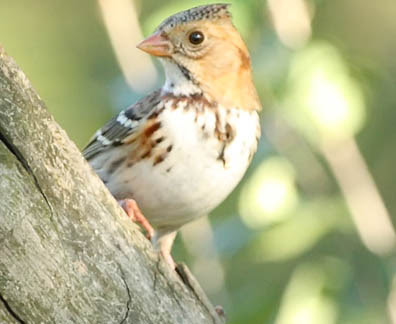 On my way back an immature Harris's sparrow popped up on a dead log near the path. 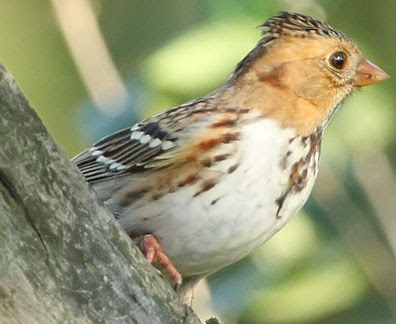 He posed for a couple of shots and then headed back into the deeper foliage. 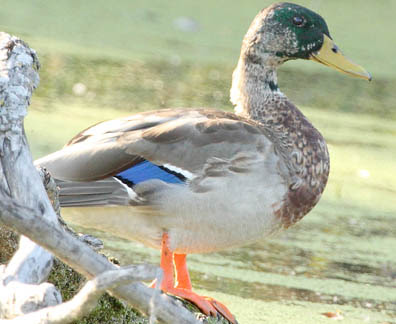 Back by the old Cedar Avenue Bridge I went out and checked the boardwalk. I spotted several mallards and geese out in the shallow water. On the way back to the parking lot I snapped this picture of a mallard in a small pool next to the path.
Posted by Ecobirder at 5:30 PM