A trip to Duluth starting at Wisconsin Point

Thursday's weather was as nice as promised. I took a half day off of work so that I could go back up to Duluth and spend most of the day birding. I started my day across the border at Wisconsin point. As I was driving into the point I saw this hawk on a small tree in the marshy area along the road. 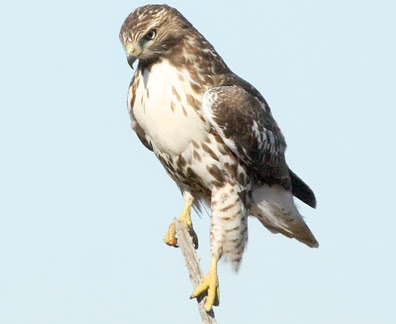 At first I thought that I might have a juvenile ferruginous hawk, since it did not have a defined belly band and when it took off I could not see any red in the tail. 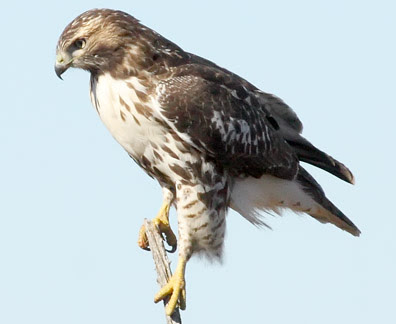 However when I got home and examined the pictures on my PC it was plain that the feathers on the leg do not extend down all the way to the feet, which means it could not be a ferruginous hawk. It is red-tailed hawk, prolly a juvenile, which would explain the lack of red in the tail and the indistinct belly spotting. 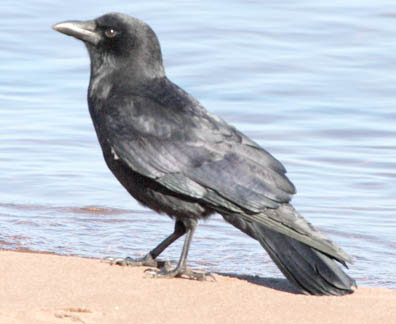 Down on the beach things were pretty quiet. There were a few gull out by the light house, I decided that I did not want to crawl across the rock wall with my new camera to get any pictures of them, and an American crow working on his tan. Next I decided to go check out the wooded areas around the beach. 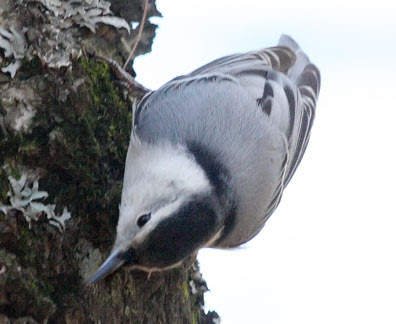 There I saw some chickadees and a couple of white-breasted nuthatch. Since things were pretty quiet I decided to move on and check out the Minnesota side. On my way back to the bridge I swung through a few areas down by the water where I saw a lot of Canadian geese, gulls and this common grackle. 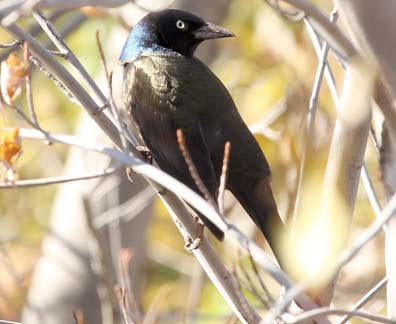 I will post more on my Duluth trip tomorrow.
Posted by Ecobirder at 10:46 PM