The weather has been pretty poor lately. The rain and clouds came into town on Sunday the 7th and remained for most of the next week. On Thursday October 11th the rain had stopped but the skies were still pretty overcast. I had planned to drive up to Duluth that afternoon after work and spend that evening and most of Friday, I had taken Friday off of work, birding the North Shore and Hawk Ridge. However since the weather was so poor I decided to change my plans. I decided to stay home, go to work on Friday, and try to make a trip up north later on, when I would have better weather for photographing birds.

It had been several days since I had been birding so I decided that I would go out despite the overcast skies. I decided to go visit Afton State Park, I had not been there since I participated in a St Paul Audubon field trip in the early summer. By the time I got off of work there were a few peaks of sun so I was hopeful that I might get some productive shots.
As I entered the park I spotted a red-tailed hawk flying overhead. Unfortunately there are no parking spots at that part of the road and since there was other traffic I was not able to pull over and get any shots of the hawk. So I continued on to the parking area and headed down the hiking trail towards the river. Along the trail I spotted quite a few sparrows, warblers, robins, chickadees, and other small birds, however between the clouds and the trees there was not enough light to get any descent shots. When I got down to a picnic area that was a little more open, down near the river, I noticed a few birds fluttering around in the small trees. I decided to play the waiting game and found a good place where I could observe the birds and wait for them to get more comfortable with my presence so that they would come out into the open and I could take some pics. A little patience paid off and I got a few shots of both ruby-crowned and golden-crowned kinglets. 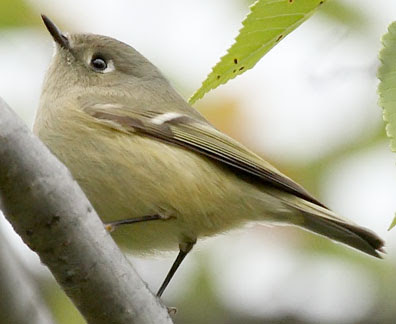 Unfortunately the ruby-crowned kinglets were not showing me their crowns. 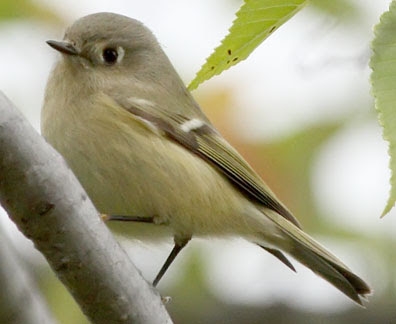 You can tell by most of the pictures that the weather was pretty gray out. 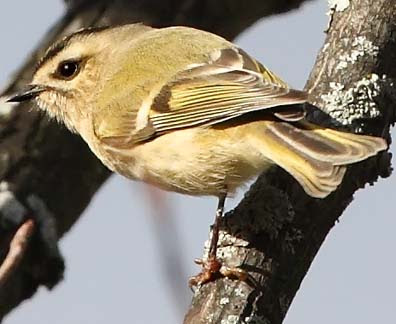 I did get a nice peak of sun every now and again and I was quick to take advantage. 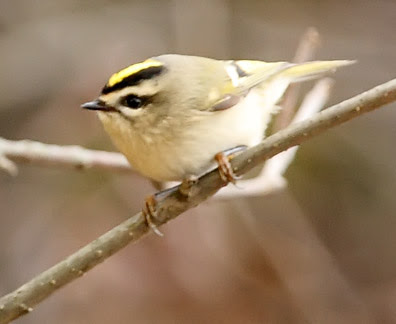 Because the light did not last very long. 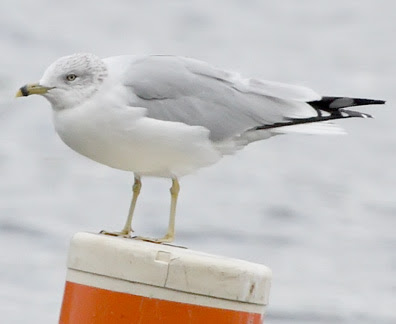 Down on the beach I spotted a few ring-billed gulls flying over the river. One dove in after a fish while this one decided to take a rest on one of the swimming buoys. 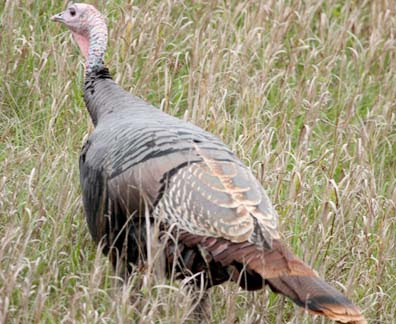 After too short a time the sky got darker so I decided it was time to take off. On my way out I spotted a group of wild turkeys foraging on the side of the road. Since there were not any cars on the road at that time I pulled over and took some pictures. 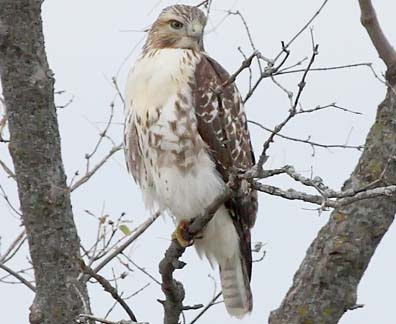 A little further down the road I spotted the red-tailed hawk that I had seen when I arrived. He was sitting in a tree not far from the road with a beautiful gray sky as a background (sarcasm alert). I stopped again anyway and took a few shots and then headed off to home and dinner.
Posted by Ecobirder at 3:45 PM