Butterflies and dragonflies at the Bass Ponds

While I was out playing hooky from my conference and birding at the Bass Ponds of the Minnesota Valley NWR I took advantage of what may be the last chance this year that I may have to photograph insects in Minnesota. With it all ready being mid October there are less butterflies and dragonflies around, because the temperatures have dropped, and soon we will begin to get hard frost which will pretty much eliminate the remaining populations. However this Saturday was a beautiful day and I had some pretty good luck with the bugs. The first thing that I came across was a pair of orange sulfurs. 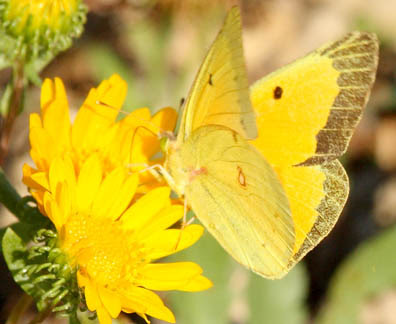 I believe that there was a male and female, the male is the one with more black around the edges of the wings 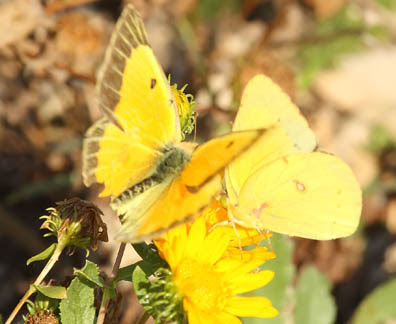 They were playing tag through the fields on the side of the path. One would land and I would set up a shot and while I was shooting the other one would often come flying into frame. 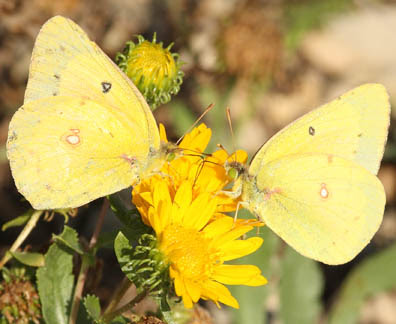 Finally they both landed on the same flower and shared a drink. 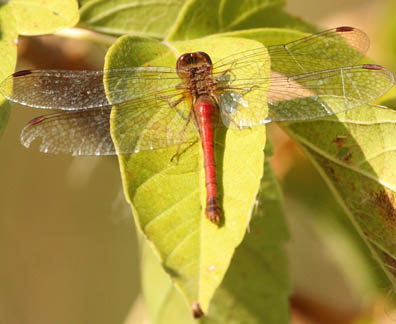 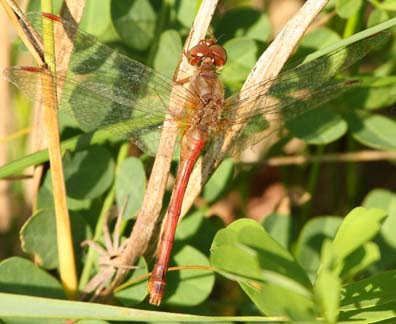 Autumn meadowhawks are easy to ID because they have yellow legs instead of black legs like most meadowhawks. 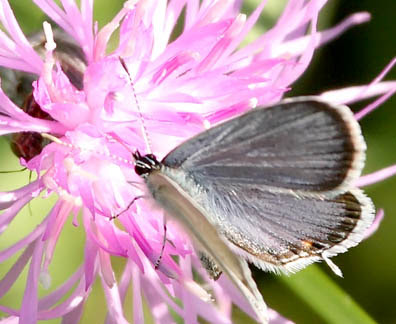 I also found an eastern tailed blue who was quite photogenic. 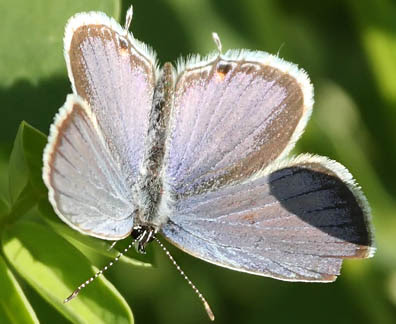 The eastern tailed blue is named for the two small hairs (tails) at the bottom of the hind wings. 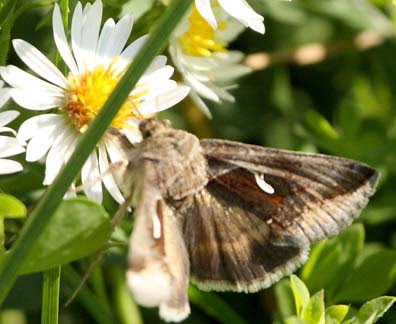 I also found this moth flying around amongst the flowers. My butterfly field guide does not list moths and after checking around a bit on the Internet I am still not sure what it is. If anyone knows what type of moths that this is I would appreciate it if you could leave a message in the comments.
Posted by Ecobirder at 11:24 PM

Nice photos! I've never seen the eastern tailed blue before, nor have I noticed the dark edging on the orange sulphur's wings.

Great insect photos! I always
enjoy your pics. Pretty sure the
moth is in the family Noctuidae.
It is possibly one of the looper
moths of the genus Autographa or
Anagrapha. Sorry I can't pin it
down further. Keep up the terrific
work. --Hap in New Hope--

Thanks Mike and Anonymous. Unfortunately the bug season is pretty much over in Minnesota, we might get something this week if it warms up enough, but for the bug fans today's dragonfly post will end the season with a bang. I agree with you anonymous that it is prolly in the Noctuidae family, at least that was the best I could figure when I was trying to research it online.