Swans, coots, red-tailed hawks, and an immature eagle on my way home

On my way back home from Duluth, last Saturday, I made a quick stop by Crex Meadows. It was already late afternoon so I did not have much time before the sun set. I started out down by Phantom Lake where I found some trumpeter swans with a pair of cygnets. 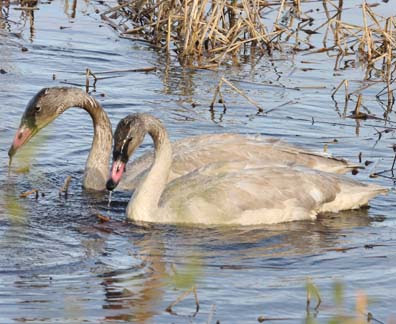 The cygnets, which were prolly hatched in June, are almost the size of the adults. Their beaks are changing from the juvenile pink color to the black that they will have as adults and their feathers are changing from gray to white. 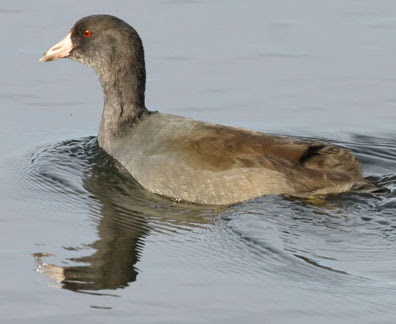 I also spotted a few American coots at Phantom Lake. Many people think that coots are a type of duck but they are actually a member of the Railidae family. One of the main differences between coots and ducks is that coots have lobed toes instead of webbed feet like ducks.

As I continued my tour around crex I spotted quite a few more trumpeter swans, they certainly are doing well breeding at Crex, as well as a large number of Canadian geese and mallards. Because Crex is pretty large most people tour it by car which makes it a bit more difficult to get pictures of passerines. I did get an American tree sparrow to come out and pose for me though. 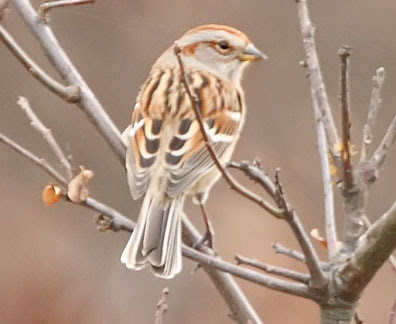 The fall migration of raptors is in full swing. Many of the red-tailed hawks that have passed through Hawk Ridge recently stop at places like Crex to find food before continuing their migration. I saw quite a few re-tails that afternoon including this one who was perched in a tree right on the side of the road. Using my car as a blind I was able to get a few shots before he decided he did not like the car and he flew off. 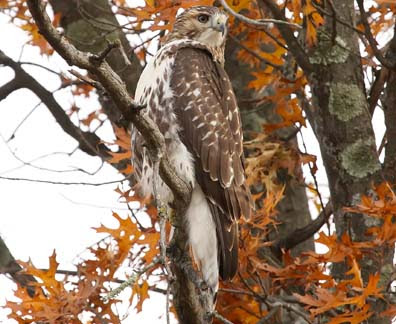 I also spotted an immature eagle who was perched in a tree a little ways off. Crex usually has a few pairs of breeding eagles in the spring. It is likely, as the weather gets colder and the water freezes, that this eagle will migrate south to the Wabasha, MN area. Typically in the winter 200 or more eagles migrate to the area between RedWing, MN and Wabasha in areas where the Mississippi River does not freeze. They do not migrate because they are directly affected by the cold they migrate because they require open water so that they can hunt fish. 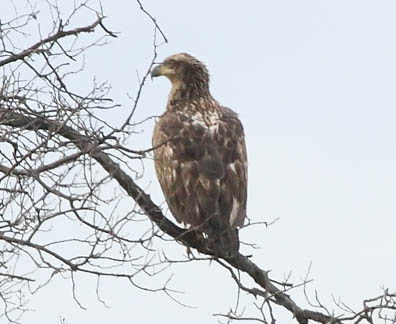 Crex Meadows is the same location where Michelle and I rescued a different immature eagle in August. I contacted the Raptor center about the eagle again, last week, and they are still working with him trying to get his wing into flying shape so that he can be released.
Posted by Ecobirder at 4:15 PM