Sharp-shinned and other raptors at Hawk Ridge

After spending a bit of time down at Park Point I headed up to Hawk Ridge. The weather was still pretty cloudy but every once and a while the sun would peak through. There were still plenty of raptors flying through though. Most of them were either sharp-shinned hawks or red-tailed hawks. 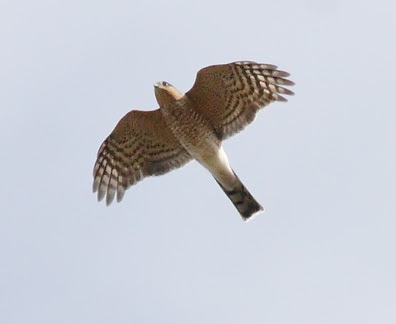 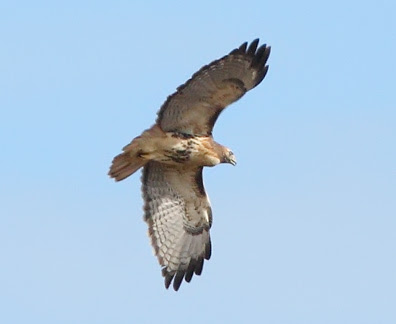 Every once and a while a different type of raptor would fly by like a harrier, eagle or turkey vulture. 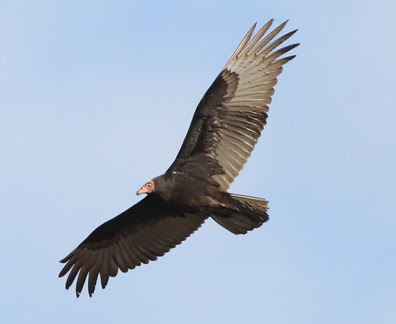 But they were rare compared to the sharpies and red-tails which was obvious by what they where trapping down at the banding station. Shortly after I arrived a boy who adopted a sharpie got to release his bird. 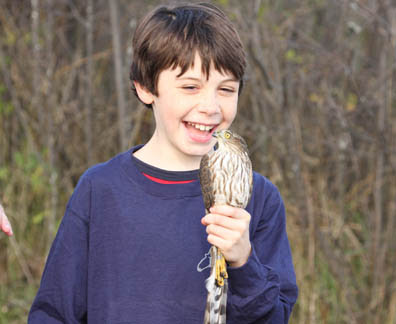 How cool it is to hold a bird like this in your hands? I wish I would have had an opportunity like this when I was a boy. The smile on his face says it all. I did not need any more persuading. It is easy to adopt a bird at Hawk Ridge all that it takes is a donation, which is used to support banding and educational programs at the ridge. Adoptions start at $20 for sharpies and go up to $200 for eagles and gyrfalcons. I gave them $100 and asked for the next bird that they had no matter what the type, although if they got an eagle I would have had to add another $100.

The next raptor that they caught and banded was a female first year sharpie. 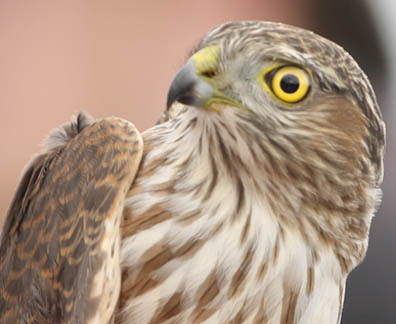 She was a feisty one. She let the handlers and everyone else know that this treatment was not acceptable. 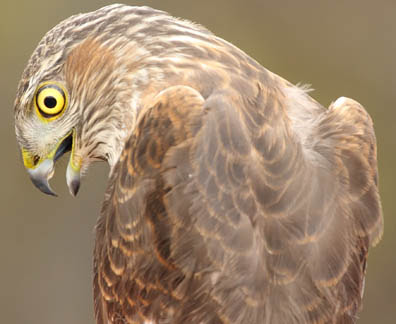 She was trash talking and even went after the handlers fingers while she was doing a short educational talk about sharpies. I loved her spirit and even though I had donated more then the $20 required for a sharpie I was happy to adopt this bird. 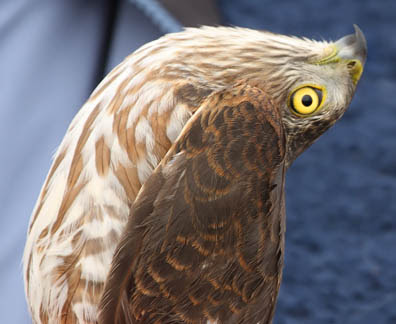 So I released her and as soon as I receive the picture that they took of the release I will post it. Meanwhile they took the banding number and will give me information on the bird and if it is ever captured in the future they will update me. They also have a program to adopt a passerine. While I was there they released a ruby-crowned kinglet and a dark-eyed junco. 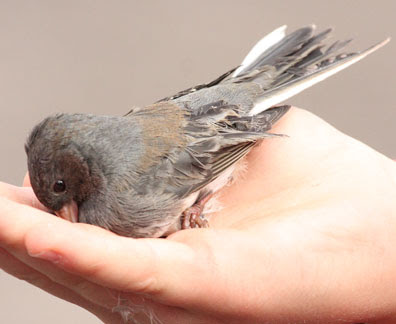 If you are ever in the area in the fall I would recommend a trip to Hawk Ridge. With great raptor viewing, during migration, and their wonderful activities and educational programs it is a one of a kind experience. But even if you can't make the trip to Hawk Ridge you can still help support their work through the adoption program. You wont get to personally release the bird, if you adopt one online, but you will still get to adopt a specific bird with it's own individual banding number and at the same time help the good work that they do at Hawk Ridge.
Posted by Ecobirder at 8:29 PM