While I was at the Bass Ponds on October 13th I was lucky enough to photograph a lance-tipped darner dragon fly that had just captured a lady bug, or Japanese beetle it is hard to tell which when it is being eaten. 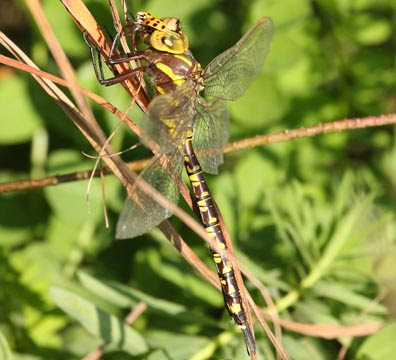 While I was taking the pics I did not even know that the dragonfly was feeding. 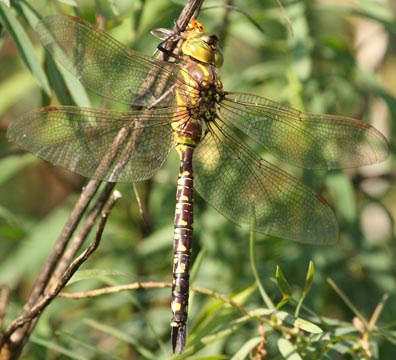 I watched it flying around and was just hoping that it would land, since I have not had the opportunity to photo this type in the past. 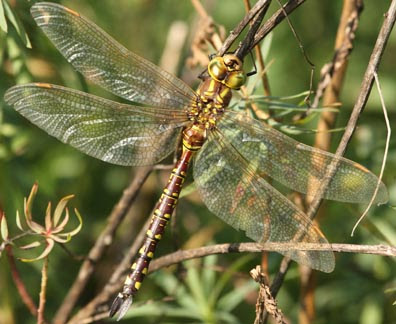 It did land and I began to shoot. I moved around a bit to change angles but it did not seem to pay much attention to me. 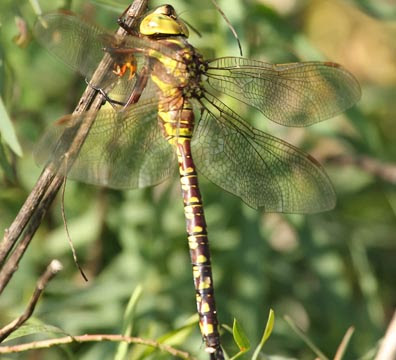 When I put the pictures on the PC and began working on them I discovered that the reason the dragon had landed was because it had caught some prey. Here are some close ups. 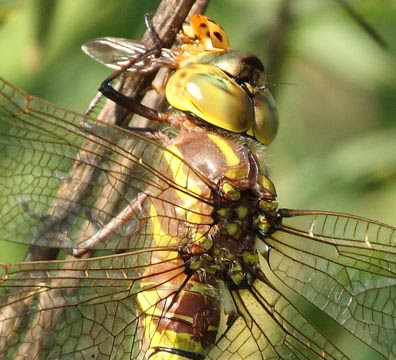 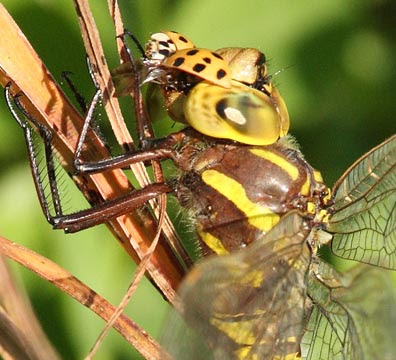 In the end the dragon discards the beetles elytron, the hard forwing of some insects that protects the hindwings, which are typically used for flight.
Posted by Ecobirder at 5:28 PM

Very cool pictures of the Dragonflies, I never seem to have my camera with me at times like that. I think it is eating an Asian Lady beetle.

Thanks Rick. I really was just lucky this time to get these pics.

Found your site via Beverly at Rural Chatter. This post helped me ID my own dragonfly photos, I think. But mine is blue. Same family?

Thanks for a great site.