After the pretty nice day on Saturday, the weather on Sunday went back to the rain like we had the whole last week. Fortunately it did not last long. Monday the weather was clear and sunny. I was not expecting the weather to be so nice so I did not bring my equipment with to work. After I got off I ran home, took care of some errands, and then grabbed my camera and headed out. I decided to drive down and check out Black Dog Lake. There was not a lot of activity on the lake itself, other then about 20 or so gulls who were pretty far out, but on one of the small side ponds across the street from the lake, which was actually in the Fort Snelling State Park, I found a large flock of mallards with about 20 or so American wigeon mixed in. 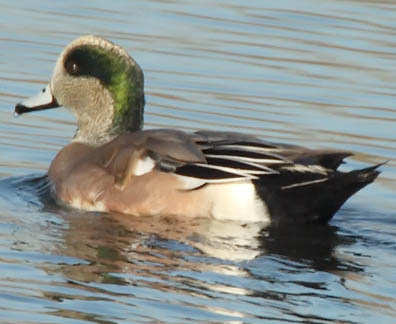 This is the first time this fall that I have seen any wigeon but I have read account of them passing through on the MOU list server. 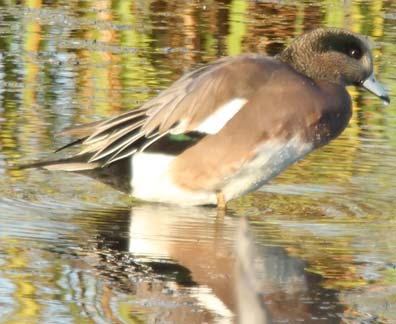 The wigeon is a dabbling duck that feeds primarily on vegetation that it find on the bottom of ponds or pools. 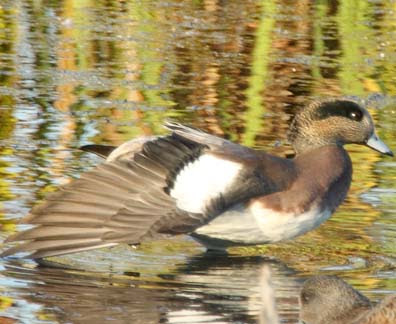 Although their population declined in the 1980s due to droughts in prairie areas they have recently been recovering their numbers.
Posted by Ecobirder at 7:04 PM