Last Saturday was the Fall Wildlife Festival at Crex Meadows. When I woke up that morning I was disappointed because it was raining and storming out. By noon the storm system finally cleared out of the Twin Cities but when I checked the online weather I could see that it was still cloudy and rainy to the north of us which would include Crex. So I decided not to make the trip north, but I still have some shots to share from a trip up to Crex last week. One of the big year round residents at Crex are the trumpeter swans. Each year there are several breading pair that have cygnets and raise them at Crex. The cygnets are all almost as big as their parents now but are still obvious because they are grey in color, instead of white, and have pink bills. 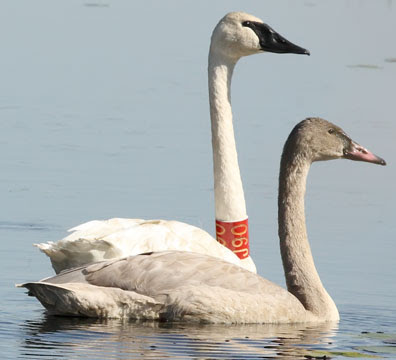 Trumpeter swans usually establish life-long mates, usually when they are around 3 years old, and then nest the following year. 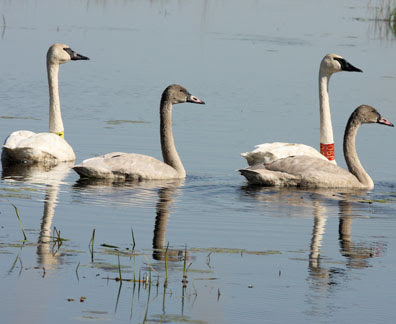 The clutch usually consists of 3 to 9 eggs. When they hatch cygnets weigh about one half a pound and are already able to swim, although they usually stay in the nest for about 24 hours. 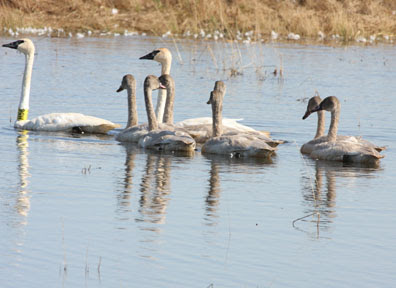 Even though adult swans do not have many predators in the wild, the young cygnets are vulnerable to snapping turtles, raccoons, coyotes, fox, and raptors. 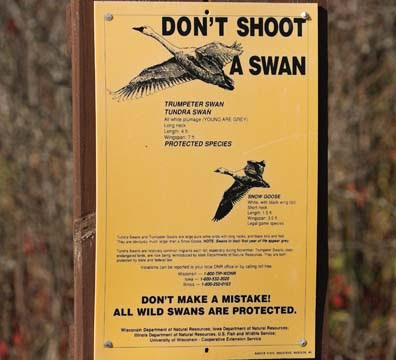 The greatest threat to the adult swans is man. Although it is illegal in most of the US to hunt swans they are often mistaken for snow geese and are killed. There have also been some fatalities from collisions with power lines. 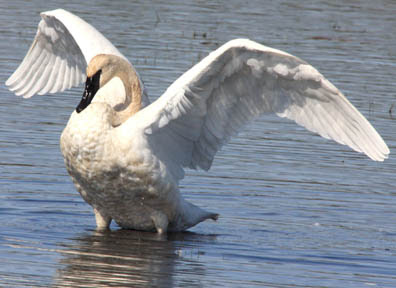 Trumpeter swans were once pretty common throughout the northern US but by 1900 they were thought to be extinct.Fortunately a small population of nonmigratory birds survived in the Rocky Mountains of Montana and Wyoming. Later more birds were discovered in remotes areas of Alaska and Canada. 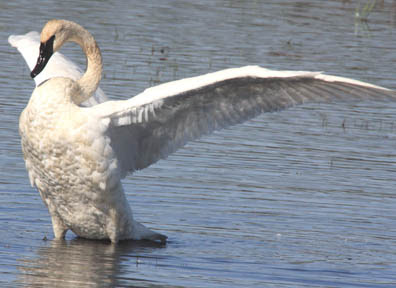 In 1935 the US established Red Rock Lakes NWR in Montana to protect the remaining trumpeter population. 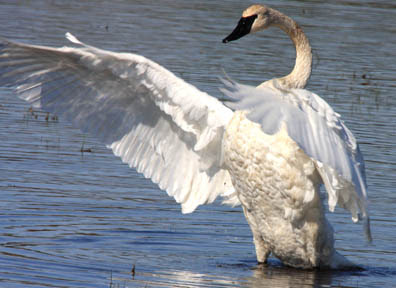 In 1932 there were 69 trumpeters documented in the Red Rock / Yellowstone National Park region and by the late 1950s that number increased to 640 birds. 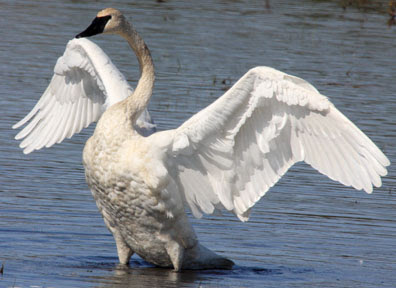 In an attempt to expand the range of the swans the Hennepin Parks Association in Minnesota began acquiring swans from Red Rock Lakes NWR in 1966. Their long term goal is to establish a flock of 100 swans with 10 to 15 nesting pairs in central Minnesota. 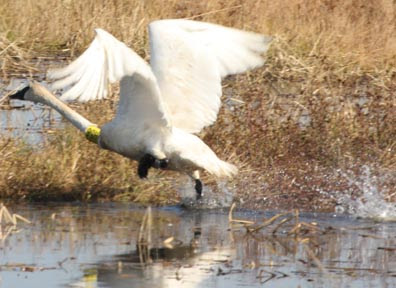 In 1982 the Minnesota DNR began to collect trumpeter eggs from Alaska as part of their trumpeter swan restoration effort. From 1987 to 1989 they released 92 two year old swans with the long term goal of 15 nesting pair in Western Minnesota. 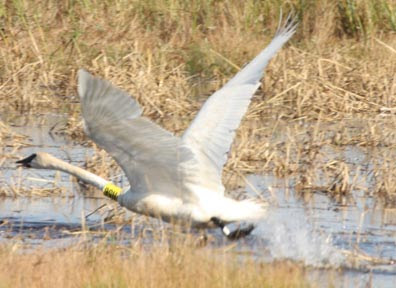 In 1987 the Wisconsin DNR began it's trumpeter recovery effort. In cooperation with Milwaukee County Zoo the Wisconsin DNR collected Alaskan swan eggs, hatched the chicks in captivity and released them into the wild. The Wisconsin DNR also worked with the Minnesota DNS and Hennepin Parks Association to establish populations in western Wisconsin / eastern Minnesota. The ultimate goal of the Wisconsin DNR is at least 20 breeding pair. 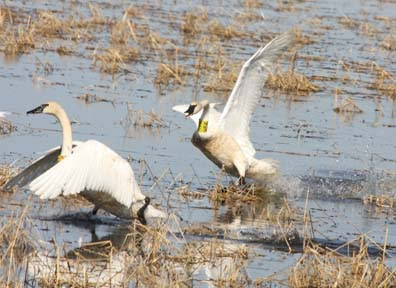 Michigan DNR also began a Trumpeter restoration project in 1986. The Michigan goal is to support 2 flocks of 100 swans each. 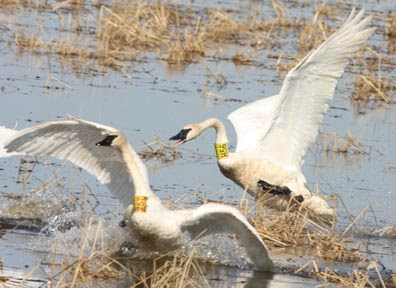 The population of all swans observed in North America in the summer of 2000 was 15,670. This is about ten times the around 1500 that were counted in the early 1900s and is another success story of what we can do to make sure that we do not destroy our planet or the living creatures that we share it with.
Posted by Ecobirder at 9:02 PM