On Saturday October 13th I participated in the Upper Midwest Audubon Conference in Bloomington, MN. I arrived at the conference at around 8:00am and after registration and the welcome I went to a very interesting program session entitled The Great Northern Owl Irruption of 2005. Having photographed many great gray and northern hawk owls during the irruption I was very interested in hearing the speaker, Dave Grosshuesch, talk about his research on the phenomenon. It was very interesting and it left me looking forward to the next northern owl irruption whenever that may be.

The second program session that I went to was not very exciting and it was all that I could do to keep from falling asleep. As soon as it ended I went outside to check the weather. As the weather man promised the clouds had left, the skies had cleared and the sun was shining. This was the first nice day in a week and I was going to be in the conference all day. I was scheduled for a field trip to the Bass Ponds at 2pm but I could not wait that long to get outside. So I took my camera and headed over to Wood Lake Nature Center, which was right down the road. I figured that I would skip one session then head back for lunch but sometimes plans just don't work out, especially when out shooting on a beautiful day.
When I first arrived, at Wood Lake, I checked the small trees down by the dock near the visitors center. These trees always have a lot of small birds to photograph and this Saturday things were no different. The first thing that I spotted were a few song sparrows in the brush next to the trees. 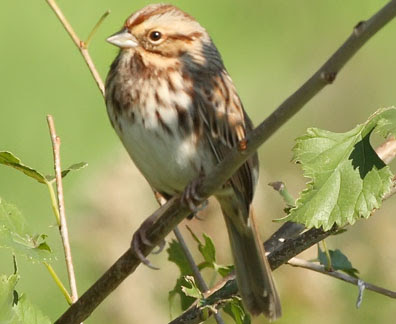 Up in the trees there where northern cardinals. 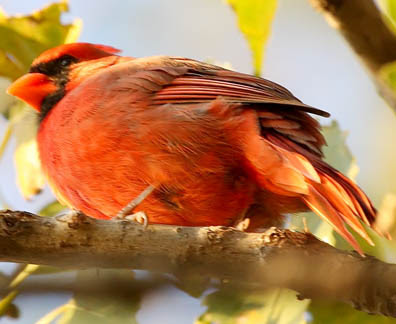 The male looked like he had completed his molting. 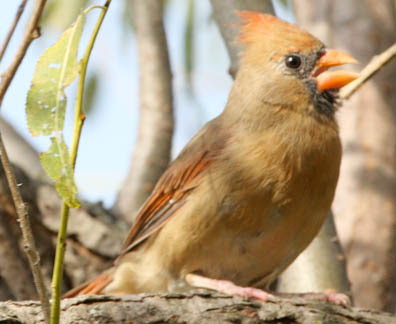 The female looked like she was still missing some feathers around her face. 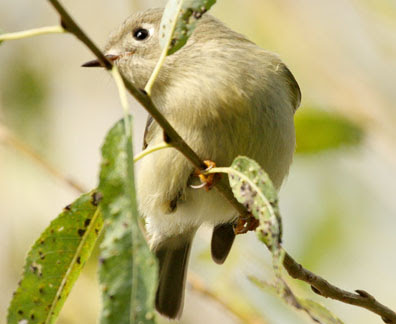 I also spotted some ruby-crowned kinglets. This one almost came right down to me. He got real close and flashed me his crown, unfortunately I was not fast enough to get that shot but I did get him a bit further up. 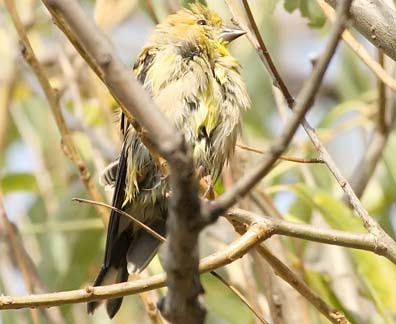 I also caught this american goldfinch. The ruffled feathers kind of threw me off and I thought that it was a yellow-rumped warbler at first, but a helpful reader pointed out my error and when I looked at it closely I can see that it's beak looks too wide for a warbler.I guess I am not the only one who likes a good bath. Out on the trails I spotted a white-throated sparrow. The last one of these that I saw was in Duluth three weeks earlier. 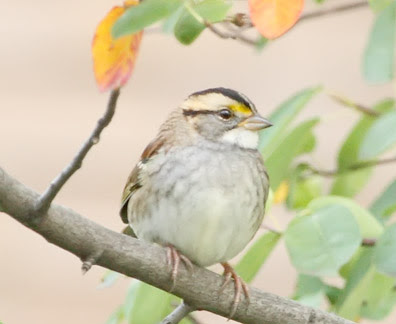 I also spotted a fox sparrow out on the trails. This was the first one of these that I have seen so far this fall. 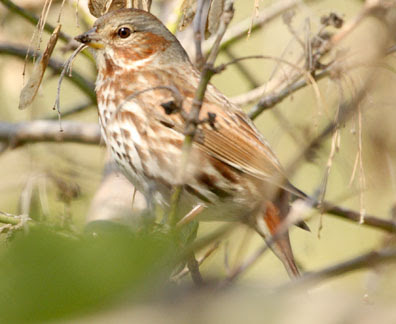 Even though it is already mid October there were quite a few insects around, like this autumn meadowhawk. 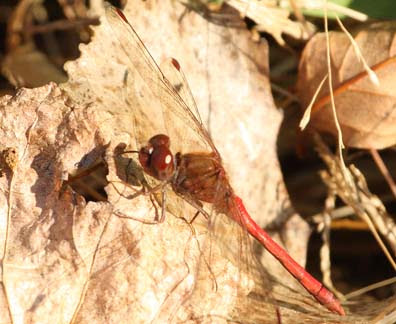 George Bush finally admitted that there is such a thing as global climate change so I guess now it is real and the dragonflies can hang out here into winter. LOL 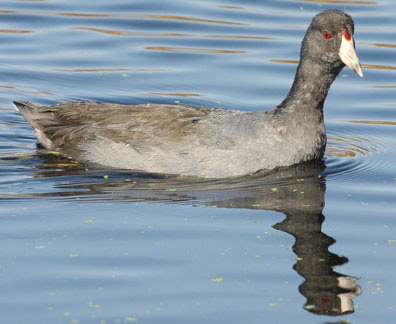 There were a few waterfowl out too. American coots have been moving through the area in the past week or so. I saw about 20 coots through out the park. 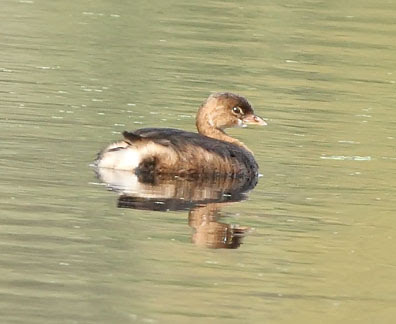 I also got some shots of the pied-billed grebes that have been hanging around for about a month.

By the time I got through the park the lunch time for the convention was already half way over. So I decided to eat the food that I had with me instead. On my way back to the convention I took a wrong turn on 494 and somehow ended up at the Bass Ponds.

Posted by Ecobirder at 5:01 PM

Hi there: Enjoy your site very
much. Informative and full of
great photos. However, looking
at that very wet Yellow-rumped
Warbler, I can't help thinking
that it is an Am. Goldfinch.
Anyway, keep up the good work.
Hap in New Hope

Thanks anonymous, I think that you are prolly right. It is hard to tell with it's feathers all ruffled but the beak looks too wide to be a warbler now that I looking at it closely.