With all of the bad news that we have been getting lately, Iraq, the bank failures, global warming, hurricanes and more, I am happy to report a bit of good news for a change. On September 23 the Us District Court in Washington overturned the Bush administration's decision to remove the gray wolf from the endangered species list in the western Great Lakes region. 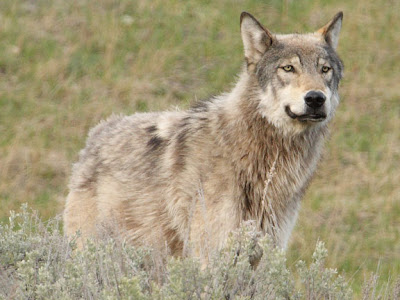 It seems that the Fish and Wildlife Service under the Bush administration tried to classify wolves in the Great Lakes as a distinct populations segment that could be removed from the protection of the Endangered Species Act with out consideration of the wolf population as a whole. Since the wolves were no longer protected officials in Minnesota, Wisconsin and Michigan had the ability to permit the hunting or trapping of wolves, although none of the states had yet done so, and to issue permits for people to kill wolves that they claim were attacking their livestock. Killing livestock is the typical argument that people use against wolves but in most cases they try and stay away from areas where there are people and there are government programs that pay people for livestock loses that they can prove are because of wolves. So for now the wolves are protected again but the debate is not over. While the judge put the wolves back on the Endangered Species List it is only temporary while he gives the Fish and Wildlife Service time to provide a better explanation of their interpretation of the law and address concerns about the effect on the wolf population as a whole. 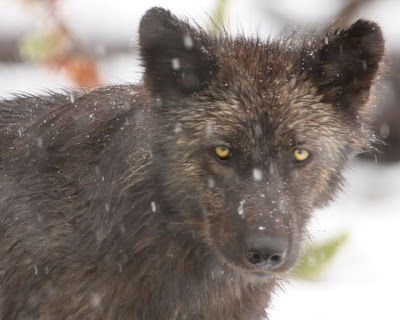 It is estimated that there are close to 3000 wolves in Minnesota but in the 45 years that I have lived here I have never seen one in the State. I have also never seen one in Wisconsin and I live only 15 minutes from that state. The only wolves that I have ever seen in the wild were in Alaska, we saw 2 in Denali, and the ones in the pictures above which I photographed in Yellowstone earlier this year. They are beautiful creatures that need and deserve our protection.
Posted by Ecobirder at 5:12 PM

oyqzc
Hooray for the good news. Although I now live in Australia, I have known from my earliest memories that I have a wolf at my side.
One even stopped my car at Kicking Horse Pass in the Rockies when we were crossing Canada and came up to me.

They are beautiful. I have never seen one, but I don't guess they are suppose to be in Tennessee. We do hope to go to Alaska in 2010. Would be going in 2009, but my company says no vacation plans that cannot be changed in 2009. I am management and AT&Ts contract comes up in 2009. No advance trip plans for me in 2009.

i am regularly following you.i am new to this field.so i have difficulty in identifying birds in my blog.many like ivar helped me in this.thank you all.