At the beginning of each year many people take a few minutes to figure out some New Year's resolutions. Most people do not put much thought into them because they do not really intend to follow through, at least not for very long. I do not do resolutions but I have been thinking for the past few days about some goals that I would like to accomplish in 2009. Here is what I came up with.

1) Build a website to work in conjunction with the blog. This will probably start out simple, I am still pretty green when it comes to HTML, but I would like to build it up so that at some point it can become a reference and educational tool, kind of following the spirit of the blog, for people who care about birding and nature.

2) I made a goal about the middle of last year to try and make a post every day. As a blog reader I know that the blogs that I visit frequently are the ones that have regular content. I succeeded in that goal, I have posted every day since June 5, 2008, but this year I am looking to take things a bit further. Two posts every day would be a little too much but I am going to try and get over 400 posts for 2009.

3) I have been participating in a lot of memes lately, I think that they are a great tool for bringing new people to the blog and hopefully some of those visitors will like what the see and return. I think that I have a good idea for a new meme and I plan to launch it sometime early in 2009, maybe as part of the new website.

4) One of the memes that I have been participating in lately is Today's Flowers. I have found that I took a lot more pictures of flowers and plants then I thought I did, but so far I have been lax in the meme and have not really followed through and identified the flowers or found any facts to pass on. In 2009 I plan to spend some time learning my flowers and plants. Will be an expert on botany? I don't think so but like many of the other things that I post about we can all learn together.

5) In the summer of 2007, shortly after I began the blog, I began shooting dragonflies during the height of summer when the birding was slow. Last year I got a lot more interested in photographing dragonflies and actively sought them out. In 2009 I am going to make an effort to try and photograph as many of the species that have been reported in the state of Minnesota as possible, that is over 100 different types.

Speaking of dragons here are some dragon shots that I took back in August, 8-11, at Purgatory Creek. 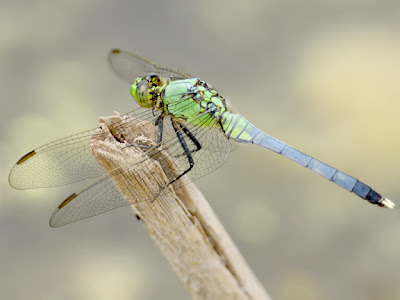 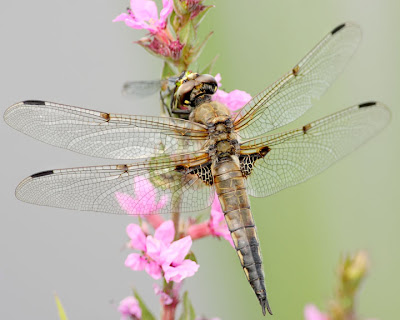 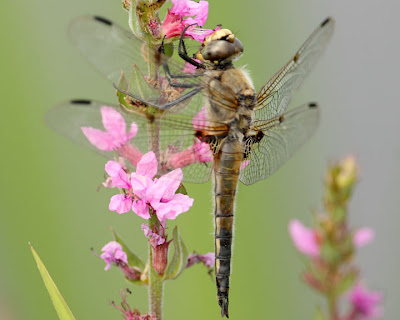 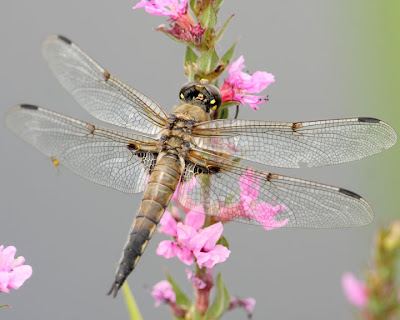 Once I have my Minnesota collection I will try and branch out and get some of the other types from other places around the country. Of course dragons will have their own section on the future website, which will hopefully help other people to learn about these raptor like insects.
Posted by Ecobirder at 4:47 PM

I am looking forward to your new website and meme in 2009! And of course I am happy that I have a chance to expand my dragonfly knowledge through your posts.

I too dont do resolutions. And this year, I have goals for the first time.

Good luck on all your undertakings for this year.

Fantastic shots, thanks for sharing.

Great dragony shots..
As far as number one..creating a website and not knowing html...It looks like wordpress might be what you should choose
check out this website I just discovered recently..
done very well....
http://www.birdingmaine.com/

I am coming up on two years of blogging..the first year I just blogged for myself...LOL....

You sound very organized and I know we will all benefit from this web site you will create. Your photos and information are very good. Love the dragonflies! I just started taking photos of them this last summer and it is easy to get hooked! I only managed 6-7 different ones, but at least I now know that many.

Whew! You are going to be busy! I am sure we will all benefit from the knowledge you plan on putting in your web site.

Hello! I visit your wonderful blog quite often and I will look forward to seing your website too. As to html\css I studied it for some time and may help you so.. feel free to ask

Good luck with your goals. They sound like winners to me. Your dragonfly shots are beautiful and the detail is wonderful. Can't wait to see what your idea for a new meme is.

wow, dragonflies on pink flowers, it doesn't get much better than this! My favorite is the last image. My winter world is lacking pink today, but the blue sky arrived.