Bird Chick at The Raptor Center

No not that Birdchick this bird chick. 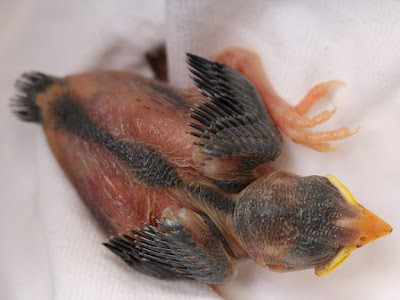 Last Wednesday while I was doing my volunteer work at The Raptor Center someone brought in a very tiny chick that they had found. I was in the back feeding Othello when the chick came in so I did not get to hear the where, when, and how of the matter. 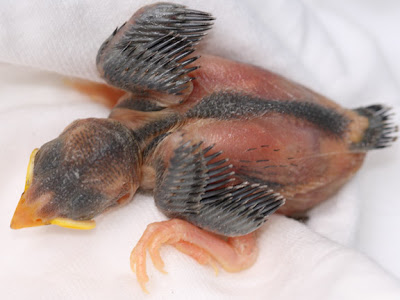 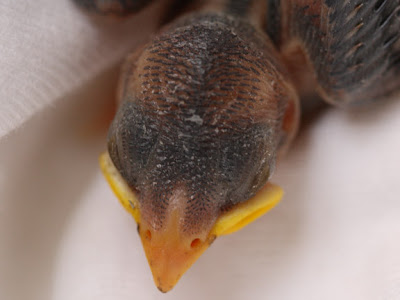 Since it was not a raptor we could not care for it at The Raptor Center. Fortunately one of the other volunteers in our Wednesday education crew was going to the Wildlife Rehabilitation Center of Minnesota, she is currently interning there, after our shift and she agreed to take the bird with her. 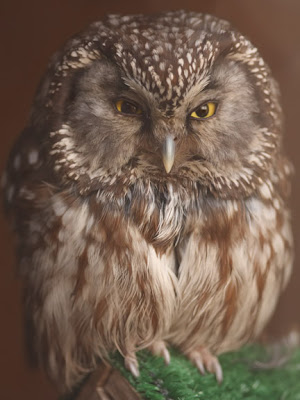 Boreus think it good thing chick go away before Boreus gets hungry. Boreus prefer mouse but bird will do in a pinch, even if it is scrawny.
Posted by Ecobirder at 6:20 PM

At first glance, it looked like my Red Eyed Vireo at about 7 days. Not sure if you even have them in your area. The Owl photo is great. I was surprised to see me in your blog list. Thank you. I have added you to my blog list also.

The baby bird you have pictured looks so helpless - wish the best for it. Your owl photo was spectacular!