We do not typically have mountain bluebirds in Minnesota to get confused with indigo buntings but we do have eastern bluebirds here. 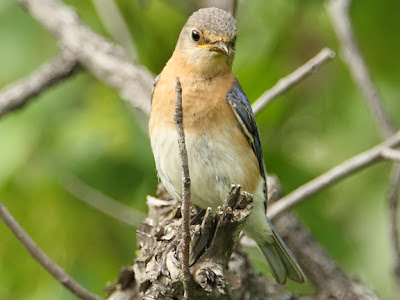 This year seems to be a good year for eastern bluebirds here in the Twin Cities. I have seen quite a few around this year. I photographed this bird at the Dodge Nature Center on June 9th. 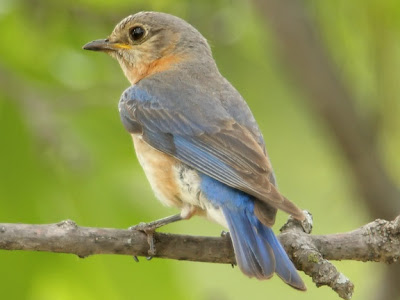 Eastern bluebirds are cavity nesters and most of the bluebirds that I have seen this year have been close to locations where there are nesting box. Often the bluebirds have to compete for the boxes with other small cavity nesters, especially house sparrows, house wrens, and tree sparrows. This year it appears as though the bluebirds have been more successful in claiming nesting sites then they were last year, which has enabled me to get some nice photos.
Posted by Ecobirder at 3:20 PM

Great photo. I am enjoying your blog.

Spouse and i spotted over one hundred at the Goethite WMA early this spring as they were migrating north. Amazing