Yellow warblers seem to be more abundant this year then normal. I photographed yellow warblers at Dodge Nature Center and Fort Snelling State Park before we left for vacation and at Bowdoin NWR while we were on vacation. The weekend after we returned from vacation we headed up to Crex Meadows for the day and what did we find? We found a group of about half a dozen yellow warblers. 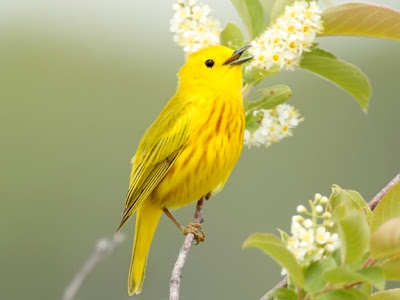 We found a good spot on the road, that had small bushes on either side, and proceeded to photograph the warblers as the searched the bushes for bugs. 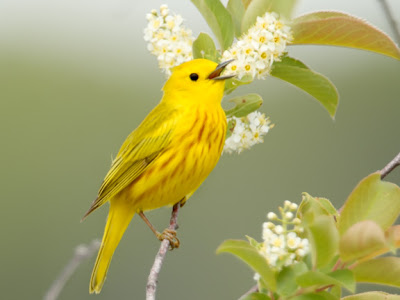 Each bird was very defensive of its own territory. 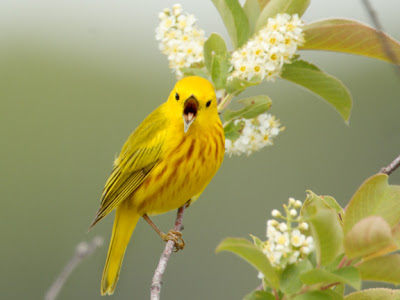 They would frequently stop to sing a warning to their neighbors to keep them away from their territory. When another bird did come over to their space they would chase it away. Most of the time though they just posed and let us get some nice shots.
Posted by Ecobirder at 8:10 PM

Beautiful pictures! One looks like he's telling you off.