One of the first migratory birds to return to Yellowstone each year is the mountain bluebird. Mountain bluebirds inhabit the western half of North America and prefer open habitat. 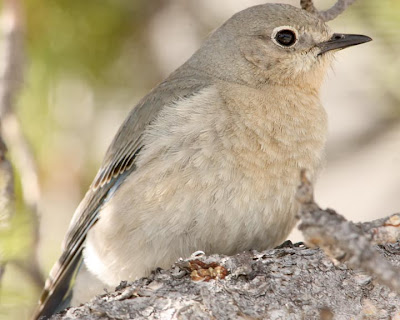 The female mountain bluebird is mostly pale and grey in color with only a hint of the blue coloration of the male. The female builds the nest by herself, typically in a cavity or nesting box. 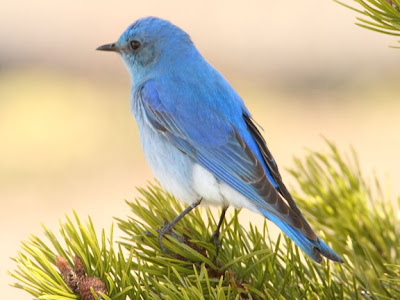 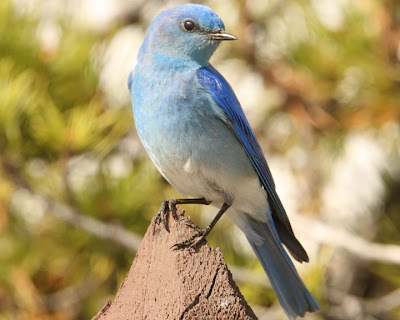 We spotted mountain bluebirds at locations all around the park, however the most cooperative ones that we found were hanging around the Old Faithful complex.
Posted by Ecobirder at 11:26 AM

good story with great pictures! thanks!

Really enjoying your Yellowstone trip. In the last photo - he is so poised and polished.

Enjoyed your post very much ) Both male and female bluebirds look nice. I like the pure blue color of males and creamy-grey of females.