Not all of the mammals that we photographed in Yellowstone were large ones. Yellow bellied marmots are a large member of the rodent family that are pretty common in Yellowstone. 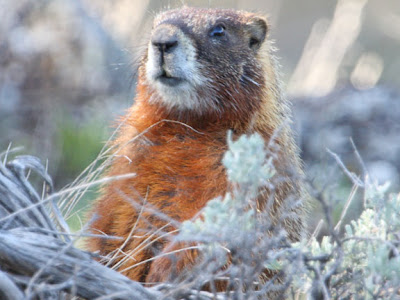 Marmots live in colonies consisting of about 10 to 20 individuals. The colony usually has a series of burrows in a territory that ranges around 5 to 6 acres. 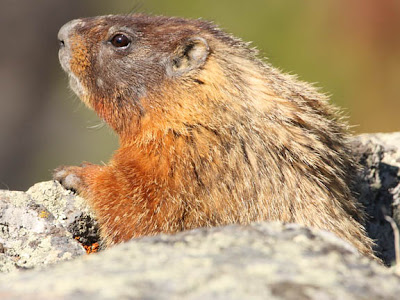 Marmots prefer rocky territory typically above 6500 feet. In Yellowstone they are most often found in talus fields, fields with a lot of broken rock. We have always been able to find them up on Blacktail Deer Plateau right around Blacktail Plateau Drive. 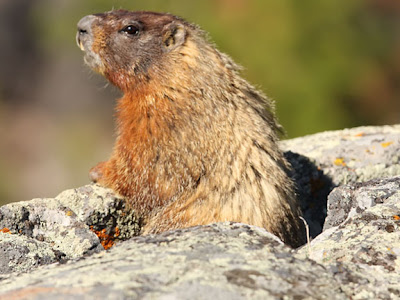 Marmots are omnivores. They eat grass, flowers, and other vegetation as well as bird eggs and insects. 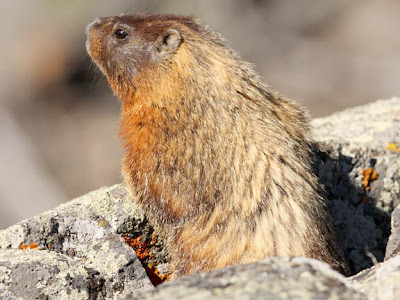 Marmots are sometimes called whistle pigs because they will whistle as a warning call if they spot a predator. Predators include wolf, coyote, fox and bear. 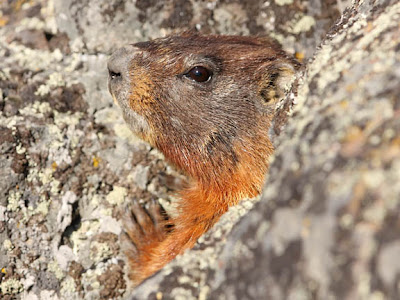 They do not seem to consider people as predators because I have yet to hear one whistle and I have been pretty close to them. If they do get nervous about people they usually just duck under a rock or into a burrow. Even when they do so they will often pop back out if you wait quietly for a minute or two. Usually they just go about their business and ignore us people. 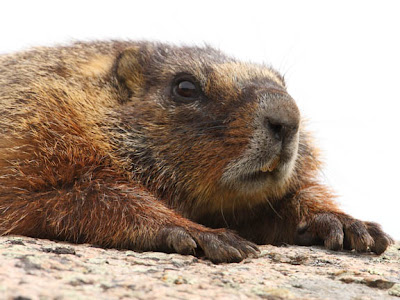 I found this marmot out in the Lamar Valley, he was sunning himself. We also often see marmots over by the Tower Falls area.
Posted by Ecobirder at 11:48 AM

Wow ...these are great shots of the marmots!!! Soooo close, guess they like you.

I agree - those are stunning photos especially the last one - with the close up of such a lovely little face!

That last photo is adorable.

The marmot makes for a great photo!

Thanks everyone. I was able to get pretty close. As long as you move slowly and quietly they don't really seem to mind people that much. Plus I think one of their deffense mechanisms is to freeze and try and blend into the rocks.