While we were birding at Medicine Lake NWR and Bowdoin NWR, in Montana, we had the opportunity to photograph several western kingbirds, a bird that I have never seen back home in eastern Minnesota. On June 1st we decided to head up to Crex Meadows, in Wisconsin for a birding day trip. 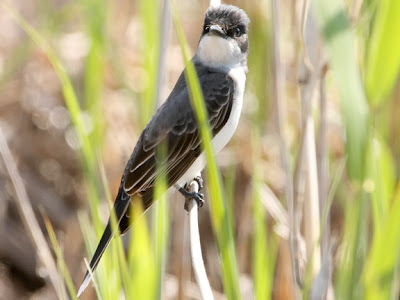 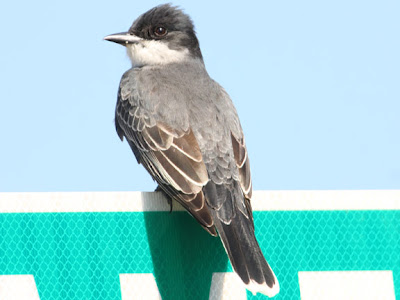 Eastern kingbirds are a great bird to photograph. They will usually sit perched real nice for quite a while, allowing you the time to get some good shots. 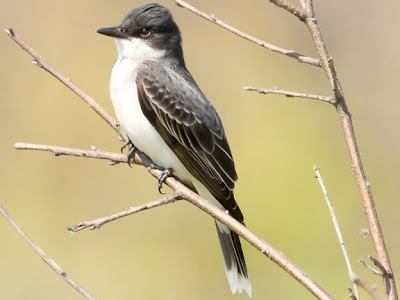 Kingbirds are a nice bird to have around. As a large flycatcher the kingbird eats mostly flying insects, which includes many pests, during the summer when it spreads across a large part of North America. During the winter kingbirds migrate down to South America where they travel in flocks and eat mainly fruit.
Posted by Ecobirder at 8:07 PM

The last shot is my favorite - a very handsome bird!

Nice photos, my wife and I noticed quite a few out at Sherburne Wildlife Refuge couple of Saturday's ago.