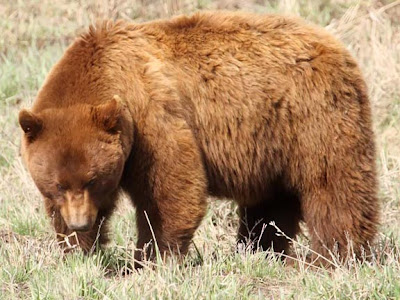 Black bear is kind of a misleading term because black bears can be black, cinnamon or even white in color. 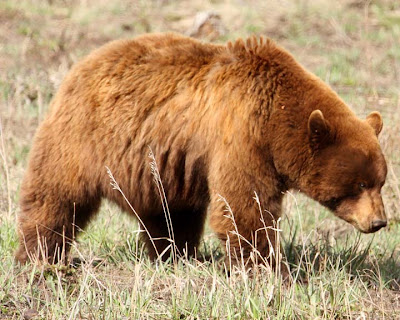 The most interesting thing about this bear was that he has blue eyes. Most black bear cubs are born with blue eyes but they typically turn brown during their first summer. This bear is obviously older then that and still has blue eyes which makes him pretty special. 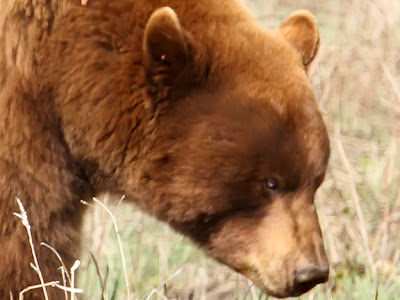 Here is a little closer view of one of the blue eyes. Bears have very small eyes and unless they are looking directly at you they are difficult to photograph. Since he spent most of his time with his snoot on the ground nibbling on grass he did not give many opportunities to photograph his unique eyes. 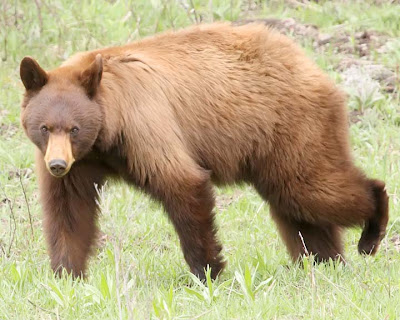 In comparison this cinnamon black bear gave me at least one straight head on look which let me get a nice shot of its face and eyes. 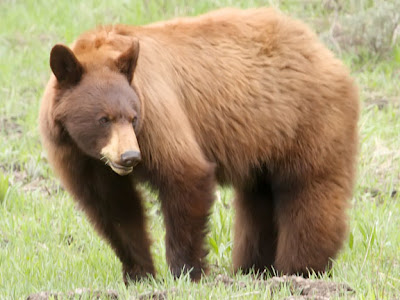 We found this bear Friday night just past Mammoth as we were on our way back to the hotel. We were one of the first cars to spot it so we got a few really nice pics before the gathering crowd pushed him further from the road. 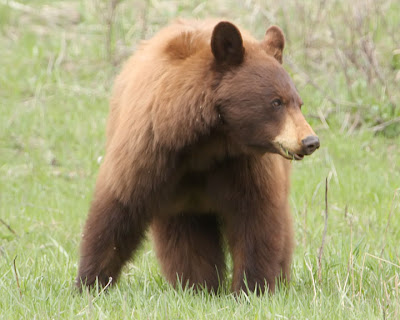 This bear has brown eyes which are normal. Both of these bears are probably males, due to their size, although I was not about to get close enough to verify their sex. Adult male black bears usually weigh around 150 to 600 pounds where females usually weigh about 100 to 300 pounds.
Posted by Ecobirder at 5:22 PM

What an absolutely gorgeous bear. In my many visits to Yellowstone and elsewhere in the west I have seen a black bear other than black.